No time to tie your shoes? No worries.

In today’s fast-paced, high-tech world, it’s often the simple things that can make a difference, and Velcro is one of them. Among the most popular brands of hook-and-loop fasteners, it was developed by George de Mestral in the ’40s while hunting in the Jura mountains of Switzerland. Noticing the tiny hooks of the cockleburs that got stuck on his pants and in his dog’s fur, he set about duplicating the effect on a two-sided fastening strip, coining it Velcro, a combination of the words velour and crochet.

Fast-forward to today. Over the decades, the simple device has found its way into a wide range of products, including footwear. Often targeting kids too young to tie their shoes, the device has also aided seniors who find themselves physically challenged in this regard.

While the use of Velcro is a throwback to ’80s and ’90s styles, it’s once again surfaced in some of today’s trend-driven athletic looks. Both practical and functional, it’s used both on its own as well as in conjunction with lacing systems.

There is one footnote to the story. Not all hook-and-loop closures are the real deal. Just like “Kleenex” is a term often used generically for tissues, so is Velcro. Check with the shoe manufacturer to see if you are getting the real deal.

Here are some of the season’s best Velcro kicks. 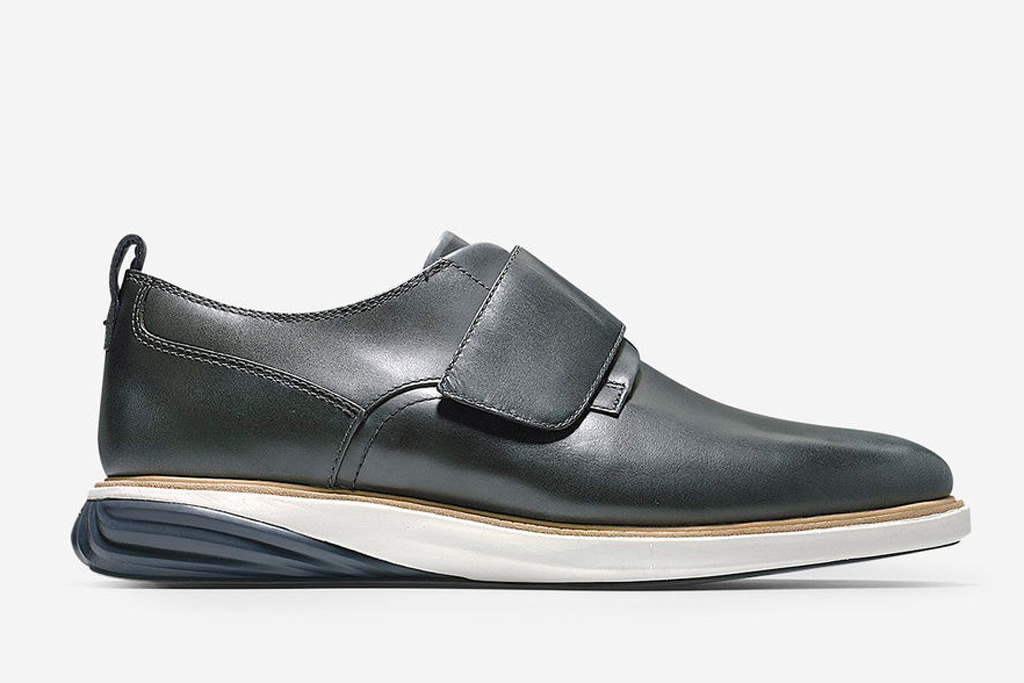