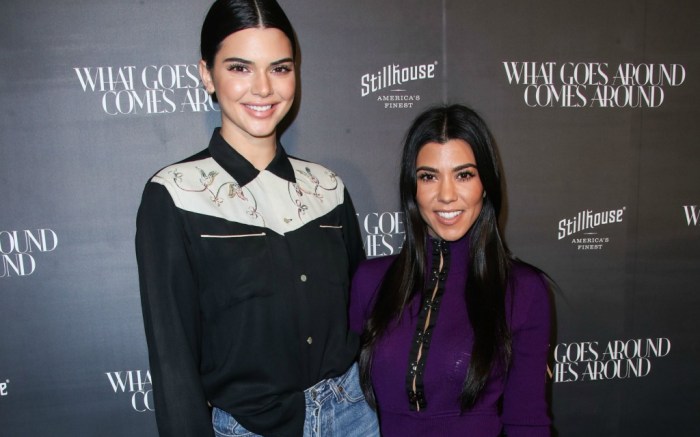 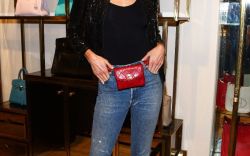 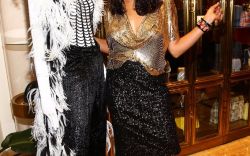 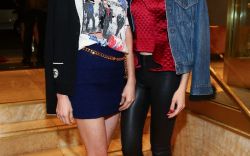 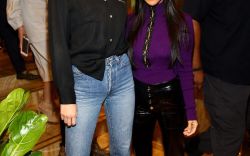 It’s not easy to make mom jeans look chic. Leave it to a supermodel to show you how it’s done.

Kendall Jenner arrived in the look in sleek style, joined by her sister Kourtney Kardashian, at the What Goes Around Comes Around 1-year anniversary party for its Beverly Hills, Calif., outpost on Thursday.

Jenner, 21, had on a black and white blouse partially untucked, with button-up mom jeans and, of course, the popular Balenciaga knife ankle booties, which are available below for $995. The boots are the perfect way to elevate a casual look.

While fans aren’t holding back their thoughts on the Internet, it appears the reality TV star shut down any allegations that she’s pregnant, for now, with a simple red carpet appearance with her sister Kendall.

Both E! fixtures were joined by a star-studded guest list that included Karlie Kloss, Rosario Dawson, Erin and Sara Foster, and What Goes Around Comes Around founders Seth Weisser and Gerard Maione.

Check out the gallery to see more photos from the anniversary party.