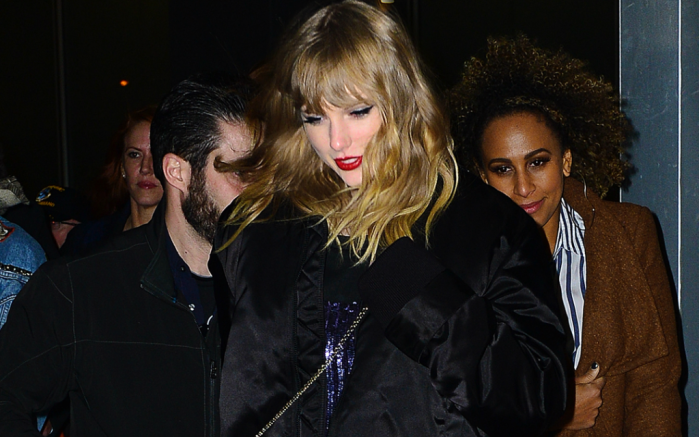 Following the release of her highly-anticipated and controversial album “Reputation” on Friday, Taylor Swift hit the “Saturday Night Live” stage Saturday night for the first time since 2009.

For her performance, the songstress, 27, rocked an embellished crop top with velvet shorts and buckled Prada combat boots.

While her boots are covered up by smoke above, the singer put the edgy style on full display later as she stepped out in New York to celebrate her SNL appearance.

Swift donned a simple black coat over the sparkly dress she wore for the show’s finale. She finished the look off with the three-buckle leather boots that highlighted her long stems.

Shop the style below.

To see more of Swift’s edgy looks, check out our gallery.