Craziest Shoes on the Runway From NYFW Spring 2018 Shows 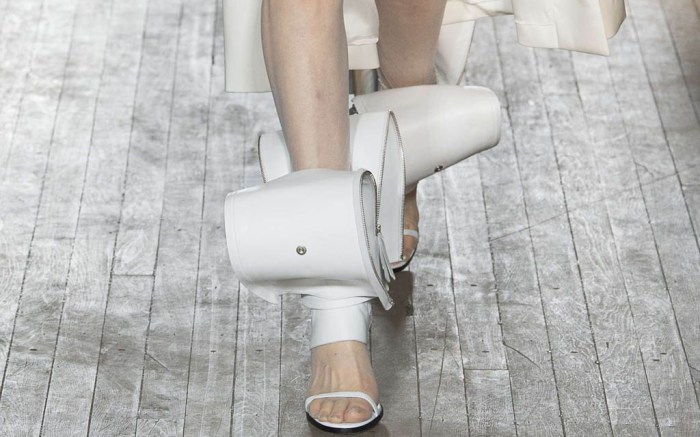 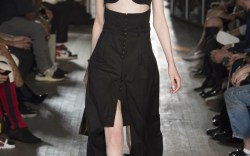 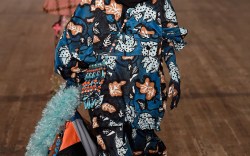 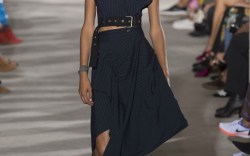 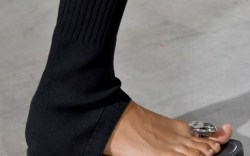 New York Fashion Week brings out some of the best trends and footwear, and right along with that comes the craziest shoe designs of the season. At the spring ’18 shows, a number of designers introduced new ideas — like the sock-sandal hybrids at Monse and 3.1 Phillip Lim — while others presented their own ostentatious iterations on what could usually be considered a common style.

Jeremy Scott, for example, sent down thigh-high leather boots, which is a daring silhouette for some — but in neutral colors, typically palatable. Being the showy designer that he is, however, Scott opted for lace-up snakeskin versions of the shoes in pink and green. Karlie Kloss modeled the thigh-grazing style with a graphic T-shirt minidress.

But when it really came to crazy thigh-highs on the runway, Rihanna’s spring 2018 Fenty Puma show took the cake. At her motocross-inspired event, she sent down towering leather boots that all but swallowed the model, whose look included a sporty blue and white color-blocked jacket. The racer stripe design on the black shoes also hit on the emerging trend of striped boots.

Helmut Lang also had various noteworthy shoe choices, among them a voluminous sandal creation. Offered in black and white, the neutral colors were the only normal aspect of the shoe. The sandal silhouette featured folded leather contraptions that billowed around the ankle, creating a waterfall effect, as well as a shoe that’s impossible to miss.

See more of the craziest shoes on the runway at the spring ’18 New York Fashion Week shows in the gallery.

The Craziest Shoes at the NYC Pride Parade

The Craziest Shoes Christian Louboutin Has Ever Created