Socks With Sandals Were Cool at MSGM Spring ’18 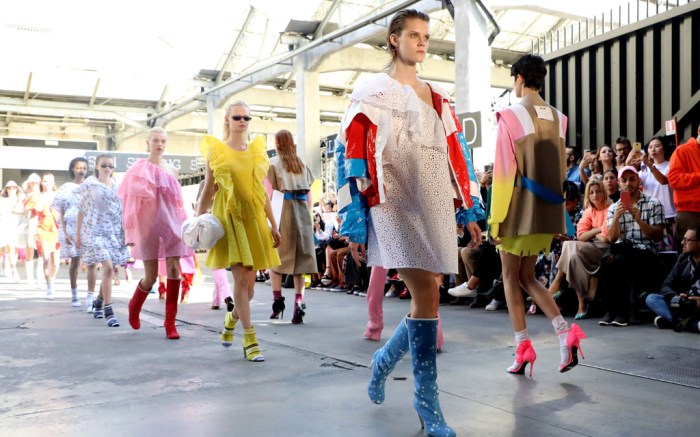 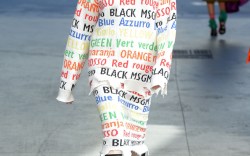 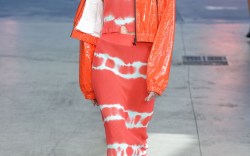 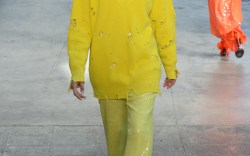 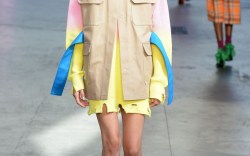 Also prominent was plaid. A pink and yellow pattern was punctuated with black ‘MSGM’ stamps, while a white, paint-splattered motif was made up of miniature logos — calling to mind Conor McGregor’s expletive-covered pinstripe suit. With respect to the footwear, socks and sandals were the primary look featured.

Tie-dyed socks were tucked into stilettos with artful ruffle detailing, some with spots that looked almost as if they’d been sprayed on with bleach. Some socks — matched perfectly in shade with their sandal counterparts — functioned almost as sock-fit boots, a major trend of fall ’17.

In addition to the sandals, MSGM hoped on the architectural shoe trend with its boots, which came on triangular-shaped heels. Booties came in black or white with striping, while calf-length boots were brightly colored, with the paint-splattered check motif or the bleach-dotted one.