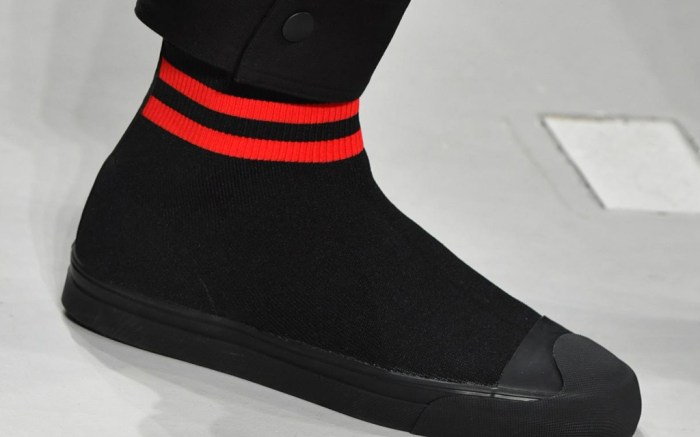 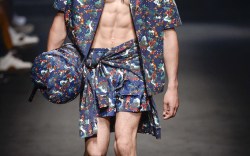 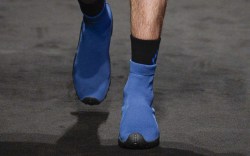 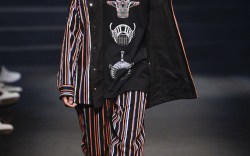 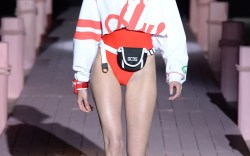 Sock boots have been a major trend for the past few seasons, especially on the women’s runways.

But for spring ’18, it’s all about the sock-fit sneaker for men. Designers including Marcelo Burlon, GCDS, Neil Barrett and Giuseppe Zanotti showed their take on a super fitted, sock-like sneaker — and there are plenty of ways to rock it.

Marcelo Burlon’s were the most tech-y of the bunch. The designer’s sneakers were done in a scuba material that came in an array of colors, including blue with a black sole and black with an orange sole.

GCDS, which launched its full men’s shoes collection this season, showed mid-calf versions that came in white or red. Neil Barrett’s had a similar silhouette, except his ankle versions resembled a classic tube sock with two stripes at the top.

Giuseppe Zanotti was one designer who went for both a low-top version and a mid-calf style. His were also done in a scuba-like material — one pair had several straps while another featured his signature side zip.

Click through the gallery to see more of the sock-fit sneaker trend at Milan Men’s Fashion Week.