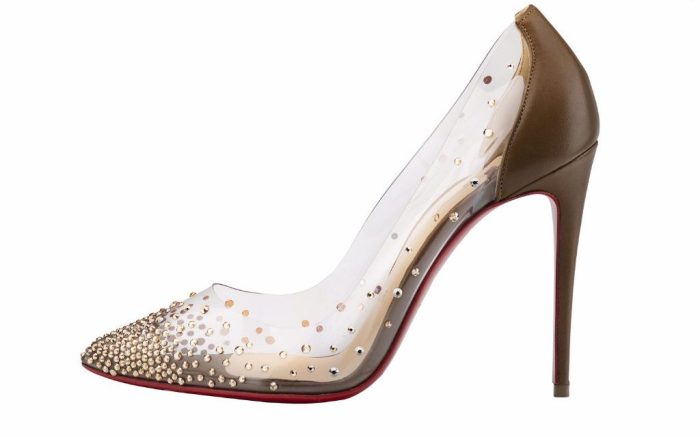 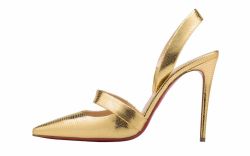 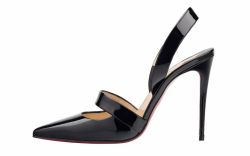 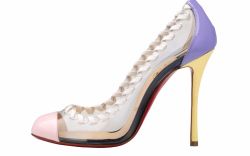 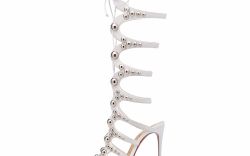 Christian Louboutin is taking his nudes in a new direction. Today at Paris Fashion Week, the designer revealed an extension of the wildly popular Nudes collection. The Degrastrass PVC pump, which features hand-applied crystals on the toe, will be offered up in seven colors to match a variety of skin tones. Each crystal is hand applied onto the PVC.

The new styles will launch on March 8, 2018, coinciding with International Women’s Day.

But there’s much more happening in Louboutin’s world. He also revealed a graffiti-inspired shoe and bag capsule called “Loubitag,” which features hand-drawn prints created by the designer. One key element? The designer’s “evil eye” good luck symbol that he uses on many of his styles. The entire collection will launch at the beginning of November. Louboutin also incorporated playful scarfs as handbag straps ad ankle ties.

Louboutin’s presentation was divided into sections inspired by film vignettes. Overall, the collection included more flats this season than ever before — in a variety of heel heights.

“I often compare the collection to directing a film. Some directors wish to control their actors, others give them the liberty to interpret and develop a character freely,” the designer said, in a statement describing the collection. “I try to evoke this freedom with my shoes — my intention is to grant women the means to express themselves — and to delight in their empowerment.”

Next up, a Marie Antoinette series, which included easy slip-ons decked out in crystals or floral embellishments, scrappy sandals decorated with bubble-like accents and scalloped pumps.

Click through the gallery for a full look at the Christian Louboutin spring ’18 collection.