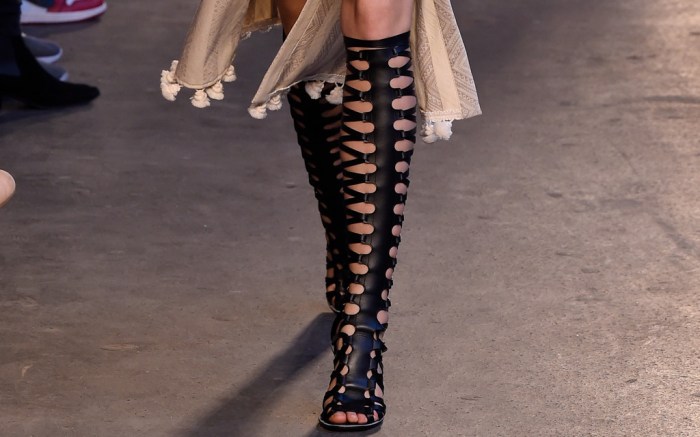 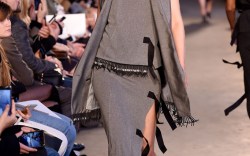 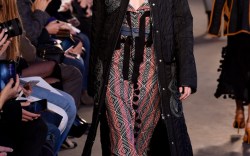 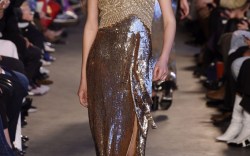 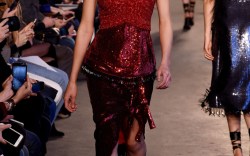 He was born and raised in Paris but today is the first time he has actually showed a collection in the City of Light. And it was quite the homecoming.

Every woman knows that moments of great significance require a significant shoe to mark the occasion and the designer delivered with a dramatic lace up concoction.

Part gladiator sandal and part boot it came as both ankle and knee-high versions with main colorways being black, white and pale blue.

Most dramatic featured a flashy scarlet heel ensuring your exit from the party will make just as much impact as your arrival.While his lace-up lug-soled boots ruled the runway for fall, his spring 2018 update was an altogether lighter affair, as befits the season, but with its warrior vibe, it proved equally fierce.

Elsewhere, woven slingback sandals were beautiful examples of the craftsmanship and handmade aesthetic that ran throughout a collection which was inspired by fantasy and pagan ritual and, according to the shownotes, “about loss of innocence, growing up and embracing fearlessness.”

Following in the footsteps of Proezna Schouler and Rodarte who showed in Paris during the summer’s couture week, Altuzarra is the latest American designer to decamp to the City of Light.