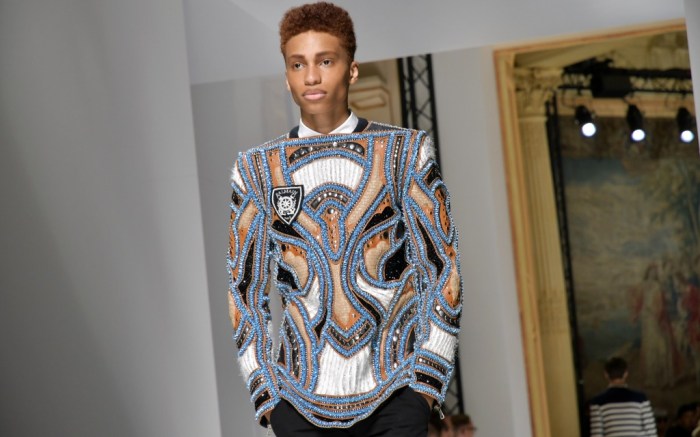 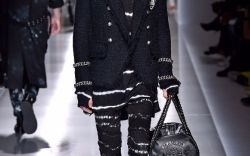 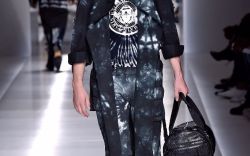 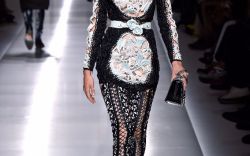 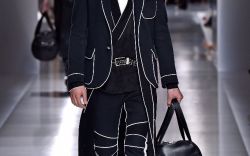 The collection was a fusion of America’s Wild West and Gallic chic and, as always where Rousteing’s concerned, it made for a heady concoction.

Western boots for the boys were heavy on the metal with pointed silver toe caps matching those Cuban heels.

As for the female — the show was — they sported an edgy take on the label’s soaring stretch boots; laced like a corset all the way from toe to . . .  well, who’s to say where they stopped?

They came in black, dramatic monochrome print and, cow girl style, in Daisy Duke denim.
Rousteing flew the flag for France with his inimitable take on he Breton stripe. Black and white of course. Navy would have killed the vibe.
Click through to view the gallery.

‘Dad Style’ Is Taking Over the Men’s Spring 2018 Runways