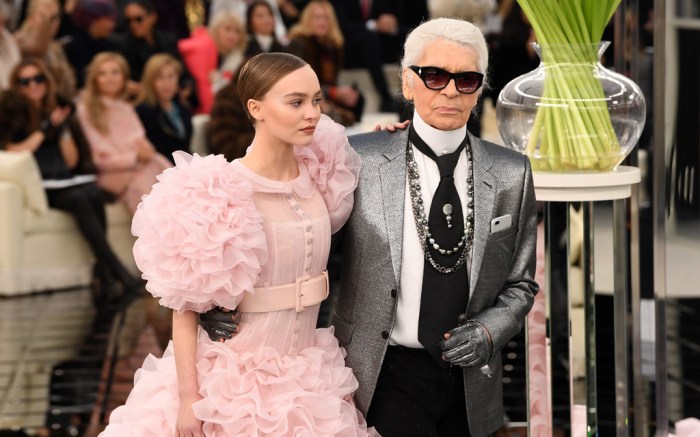 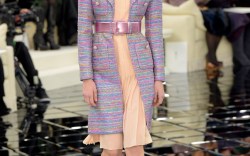 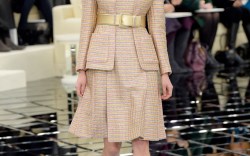 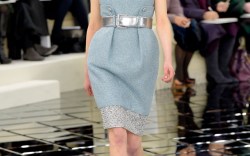 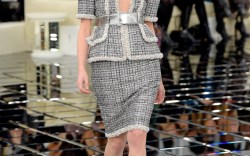 For his spring 2017 haute couture show for Chanel, designer Karl Lagerfeld held up a mirror to the fashion industry — literally. In fact, he created an entire hall of mirrors, floor included, for the show, which featured Chanel muse Lily Rose Depp and top models Kendall Jenner, Bella Hadid and Arizona Muse.

This mirrored staging for the show, held today in Paris at the city’s Grand Palais, was a reference to the history of the house. It evoked the mirrored salon where house doyenne Gabrielle Coco Chanel presented her own collections.

Gowns embroidered with metallic thread or embellished with crystal, as worn by Jenner, resembled shattered glass — a motif that was also echoed in the footwear. The mainstay shoe was a foiled silver pump. The left foot bore another house code, an ankle strap made of pearls and finished with the house’s signature crossed “C” letters.

Looks were punctuated by soaring boots, which came scattered with jagged crystals.