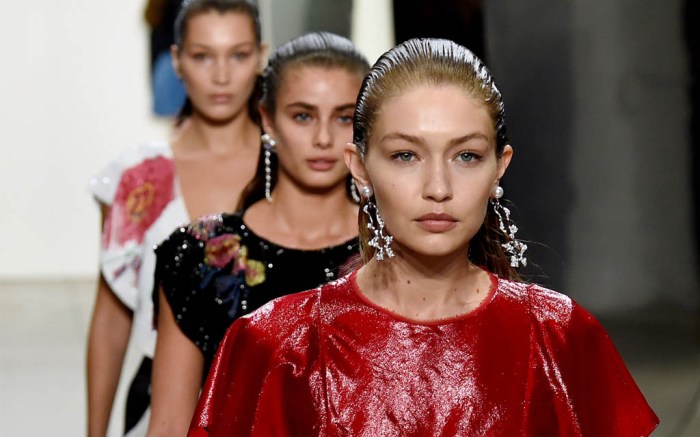 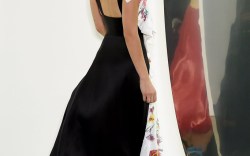 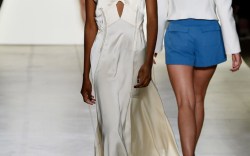 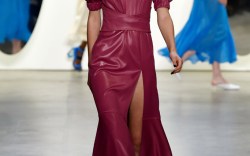 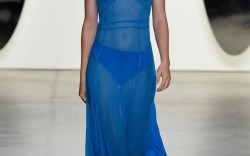 The signs were obvious even before the start of Prabal Gurung’s spring ’18 show at New York Fashion Week.

Outside Gallery II at the sprawling Skylight Clarkson Square, Prabalites could be seen lined up along the wall wearing T-shirts bearing the phrase “Stronger in Colour” — the designer’s latest culturally minded mantra.

And indeed, his spring collection was a paragon of diversity, featuring models of various ethnicities and shapes, including Gigi and Bella Hadid, as well as Ashley Graham, Brazil’s Samile Bermannelli and Yoon Young Bae of South Korea.

The collection was built around the idea of a beautiful dream state, which drew from visions of Gurung’s childhood in Nepal and a recent trip to the Tasaki pearl farm in Nagasaki, Japan. It also took cues from modern surrealist artists to imagine a hyper-egalitarian vision of femininity.

As the designer said in his notes: “It is a bright, colourful and sometimes contradictory world that we hope to one day live in. It is a world that is free of bias, free of hate, free of prejudice. Simply put, it is a world where humanity reigns.”

For his designs, that translated into daring “look at me” colors and flowing girly silhouettes mixed with sharp man-tailoring.

And then there were the shoes — strappy sandals of all sorts, done in a range of colors, but each stacked on top of boxy Lucite heels. Perhaps a nod to the hidden strength that lies beneath each woman.

Click through the gallery to view more photos from the runway.