Thigh-High Boots Aren’t Going Away Yet, According to Philipp Plein 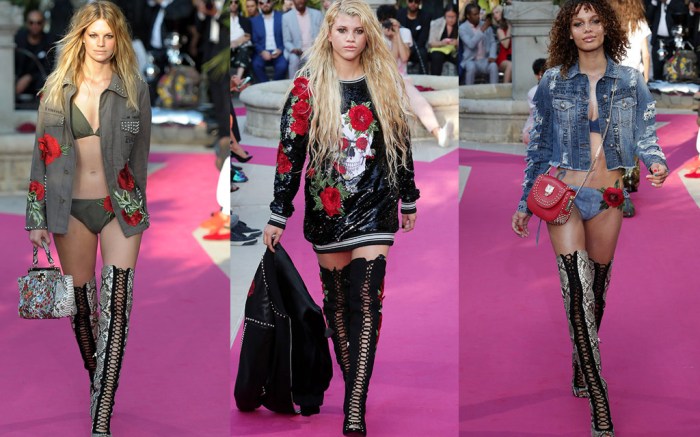 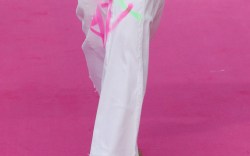 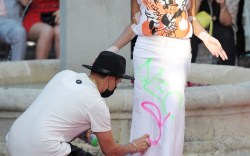 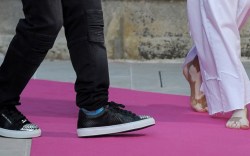 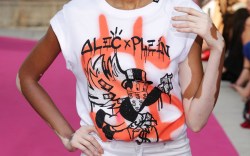 Winnie Harlow, Paris Hilton, “Hot Felon” Jeremy Meeks: these are just a few of the names that were impossible to miss on the pink carpet at Philipp Plein’s resort 2018 show in Cannes, France, last Thursday. Equally hard to miss were the towering, thigh-high stiletto boots the designer sent down the runway.

As history has shown, Plein is not one to shy away from a thigh-high moment. His spring 2017 runway show featured laser-cut, over-the-knee heels with metal accents lining the center. Just as muse Hilton modeled the gladiator style for spring ’17, she strutted alongside actor boyfriend Chris Zylka wearing black, lace-up peep-toe boots that nearly grazed the thigh-high slit in her black lace dress.

Plein’s resort ’18 thigh-high lace-ups were presented in two main color choices, both channeling a rocker-chic vibe. A black option, as seen on Hilton and model Sofia Richie, featured red rose detailing along either side of the shoe. Reminiscent of band Guns n’ Roses, the black version was paired with an embellished sequin mini-dress featuring a skull and blooming red roses on Richie.

On the flip-side, Plein offered an even edgier version in snakeskin. This time, the risqué boot style was paired with bikinis; an army green style and matching embroidered jacket along with a denim bikini and ripped jean jacket for two of the key looks. The designer opted for a boudoir-style corset bodysuit and flowing black kimono topped off with a shimmering biker jacket to complete the other major shoe moment of the night.

Despite the recent dominance of the sock boot, which has quieted the frenzy around thigh-high boots a bit, clearly thigh-highs are not over yet.

Click through the gallery to see Harlow walk down the runway barefoot as an artist did graffiti on her clothes.

Fergie Stars in ‘Alice in Ghettoland’ Campaign for Philipp Plein