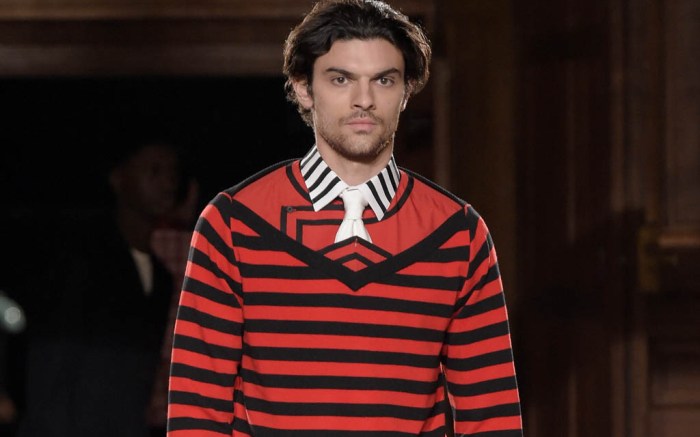 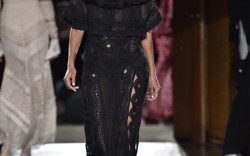 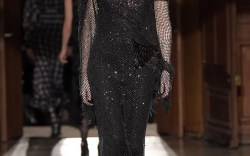 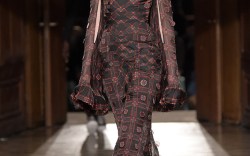 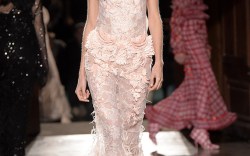 The ready-to-wear element of Givenchy’s men’s fall 2017 collection that was presented today at Paris Fashion Week was oft a complicated proposition.

It started simple enough, but soon gave way to a dizzying array of trompe l’œils and op-art effects with stripes and plaids.

So when it came to the footwear, it was for good reason that Riccardo Tisci opted to keep things simple: black sneakers with white laces. They were done the Givenchy way, of course, with a stylized curvature to the eyelets and laces in perfectly horizontal lines mirroring the stripes of those Dennis the Menace-style sweaters.

A selection from women’s pre-fall 2017 made up the rear, but lest it appear an afterthought, Tisci requisitioned the services of models of the moment, Kendall Jenner and Bella Hadid. Kendall’s look? Top-to-toe gingham — with tights and ankle booties to match her frock.

Click through the gallery below to see more from the runway.