Best Shoes From the Spring ’18 Men’s Collections in Paris 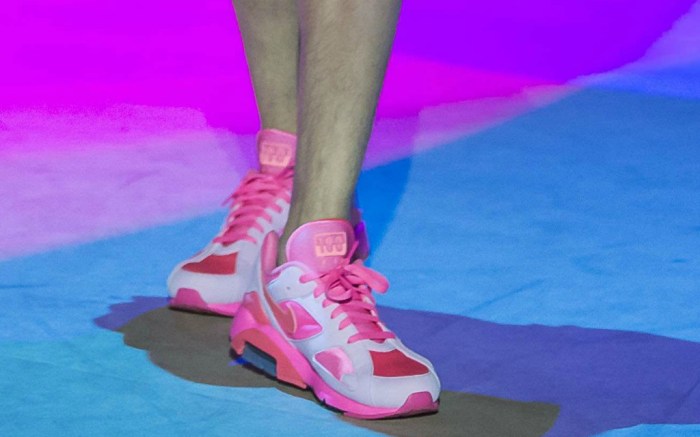 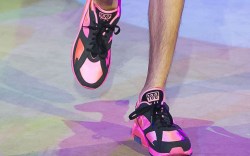 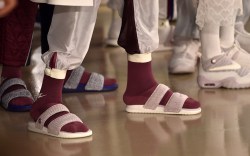 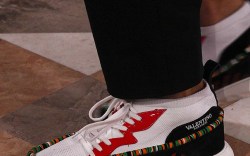 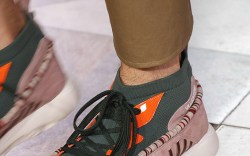 For spring 2018 at Paris Fashion Week, the men’s shows were a face-off between the sandal and the sneaker, while the boxing-boot trend also packed a mean punch.

Nike fans were spoiled for choice, with the sportswear label doing the triple. They collaborated with Comme des Garçons, Les Benjamins and Pigalle.

Not one for the gym, perhaps, but Valentino’s crafty take with its artisan stitched sole had the novelty factor, while Dior Homme, Hermes and Alexander McQueen all gave strong sneaker on the luxury front.

Trust Kim Jones to sit on the fence, though. His sandal/hiker hybrids at Louis Vuitton Homme were reassuringly rugged and might, worn in the right circumstances, even wean the odd sneakerhead off his or her habit.

Elsewhere, special mention goes to the Jonathan Anderson’s needlepoint slippers at Loewe for being two of the most beautiful things we’ve seen all week.

And finally — the jury is still slightly out as to whether Thom Brown’s high heels were actually geared to men or that it was a zeigesty publicity stunt to promote his womenswear debut. Either way, they worked.

Click through the gallery to see more of the best shoes for spring ’18 seen at Paris Men’s Fashion Week.