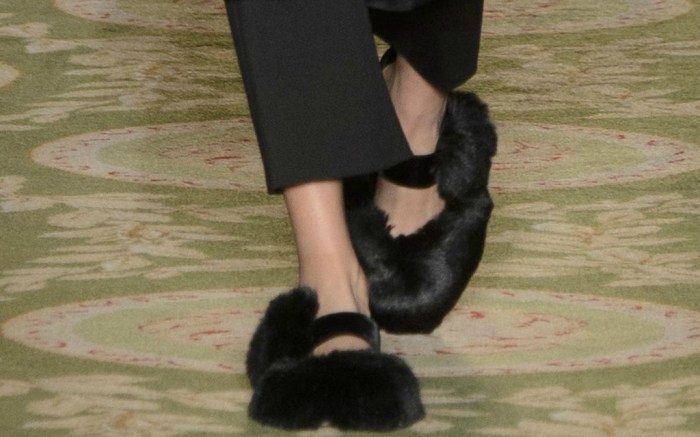 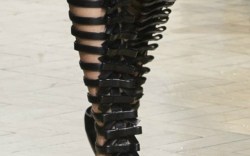 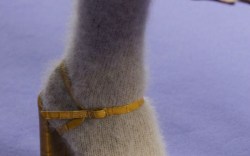 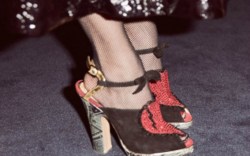 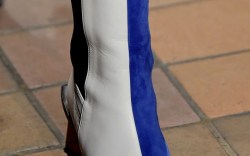 When it came to the shoes, London Fashion Week designers pulled out all stops for fall 2017.

Christopher Bailey’s Burberry boots, spring ’17 as it goes — the collection was see-now, buy-now and available in store as you read this — looked like regular sock boots until you saw them from the side. Cut-out, egg-shaped heels referenced sculptures by the artist Henry Moore, from whom Bailey drew his inspiration.

But back to fall ’17 and breakout designer Dora Teymur of Dorteymur, who created footwear with a sculptural bent. Ankle boots and pumps came with heels in the shape of an elephant – a beautiful lacquered elephant that looked for all the world as if it were carrying the shoe on its back.

At Erdem, the velvet platforms were a joy to behold. We may consider the platform shoe a contemporary innovation, but the designer’s versions took their cue from the Ottoman Empire. “I discovered that women used to wear them to perform their toilette,” he said backstage after the show.

Elsewhere, Christopher Kane’s pumps were a triumph of form and function, coming with foam pads that were guaranteed to prevent chaffing. The designer’s fall ’17  inspiration was the notion of uniforms and utility and the idea of the female factory or lab worker. “When you go to archive, you get foam put in the shoes to preserve them,” Kane observed, with perfect logic.

After all, the lab coat is but a small step from the white coat of the couture atelier.

To see all of them, click through the gallery.