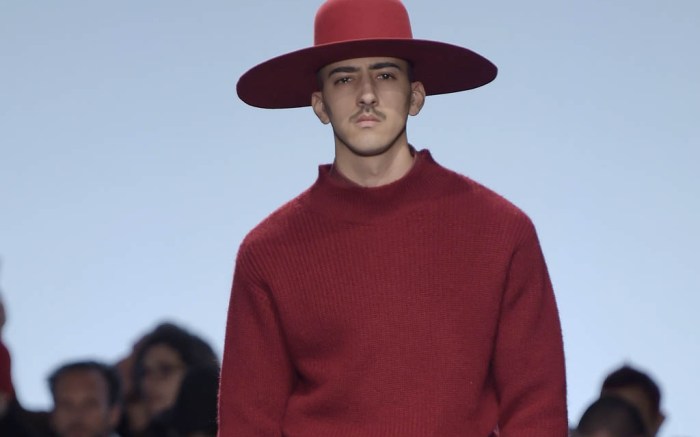 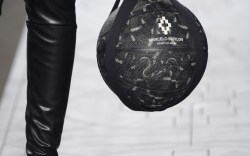 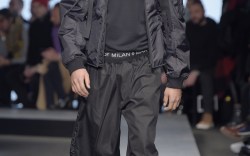 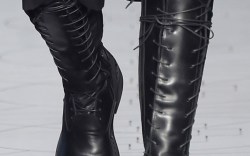 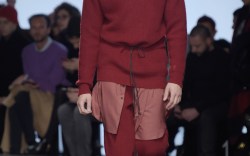 Marcelo Burlon certainly knows how to put on a good show. After all, the former club kid and party promoter turned fashion designer has got in a lot of practice over the years.

Guests at his co-ed runway today were serenaded by a 16-piece classical performance from the Milan Chamber Orchestra, which provided a great foil for his edgy, elevated streetwear — albeit an unexpected one.

Burlon hails from Patagonia and has recently bought a house there in the South American region, so the local Gaucho vibes were at the forefront of his mind when he conceived the collection. This influence was evident when it came to those exaggerated wide-brimmed hats and reassuringly rugged footwear sported by the models.

Rubber soled Dr. Martens-esque lace-up shoes and similarly chunky Chelsea boots stomped down the runway; however, Burlon made the style his own with the addition of innovative elastic panelling — mirroring the buckles on the harnesses, which were incorporated into the ready-to-wear. When it came to the women, these were translated into Gaucho-cum-rubberized-sock-boot hybrids with clompy heels.

There was also a cool Reebok collaboration. The hookup featured open-knit sneakers in black and white with Burlon’s tessellated logo appearing on the tongues. The logo also came embossed into the actual runway.

For more Marcelo Burlon looks, click through the gallery.

Marni’s Chunky Sneakers Will Give Your Ankles a Workout