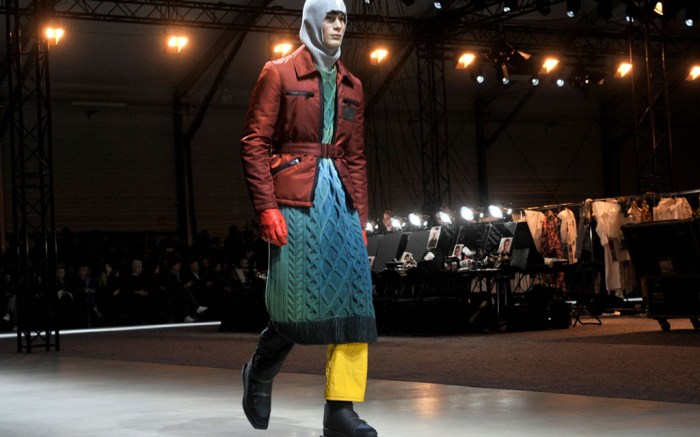 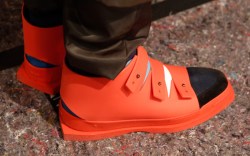 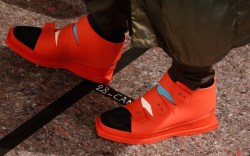 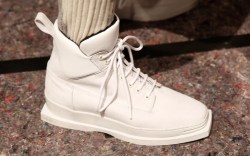 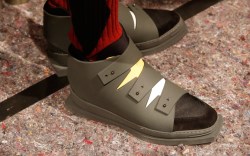 It was also totally transparent, with the backstage area becoming the backdrop for the runway, which circumnavigated its perimeter.

The collection was inspired by an arctic surfing subculture discovered by designers Carol Lim and Humberto Leon during their many global wanders.

The key men’s shoe was similarly hybrid — like a square-toed snowboot with sandal overlay. The designers described it as “ready for anything” footwear.

As for the women, knee-high boots were similarly square of toe with vertical, light-reflective strips down the front or the roar of those signature Kenzo tiger stripes to the rear.