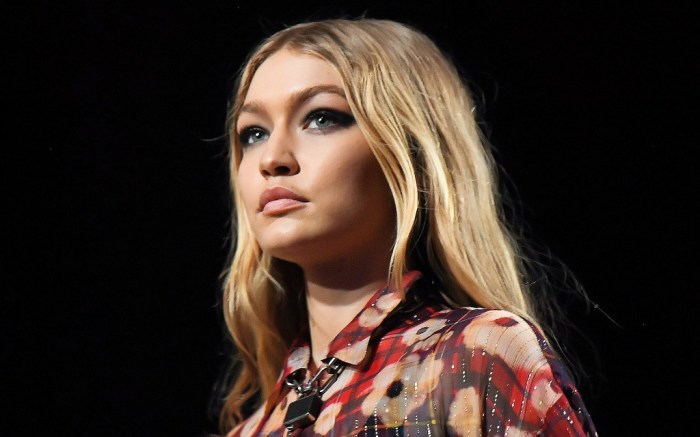 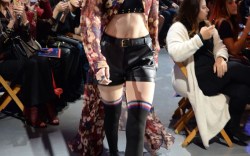 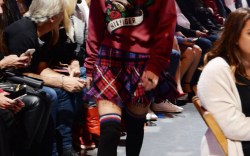 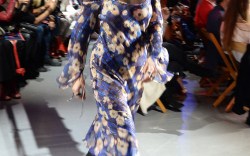 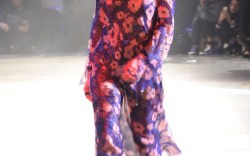 Tommy Hilfiger closed London Fashion Week with a bang on Tuesday night. But considering the all American designer had gone to the trouble of crossing the Atlantic to bring his “Tommy Now Rock Circus” to London, we wouldn’t have expected anything less.

The show invite, printed on an old school 7-inch record, was definitely a clue to what lay in store. The “label” had hired out the entire Roundhouse concert venue in Camden and it proved one heck of a gig.

The girls stomped out in Tommy x Gigi heeled sock boots and heeled hiking boots sporting some suitably rock chic hardware or Tommy x Gigi hightop sneakers — all oversize tongues emblazoned with the initials GH. Ribbed over-the-knee socks were de rigueur.
Boys wore high-sole velvet skater sneakers and work boots with contrast laces.
The see now buy now fall 2017 collection was an ode to the ’90s with an abundance of grungy plaids and tartans. It was all available online straight after the show and could even be purchased in the foyer just like rock concert tour merchandise.
Following the runway finale, there was even more entertainment with death-defying displays from aerial acrobats while a set from breakout band The Chainsmokers ended the night with milling guests dancing in the auditorium to tracks such as the duo’s hit single “Paris”.
Rock on Tommy! Click through the gallery to see more styles from Tommy Hilfiger’s London Fashion Week show.