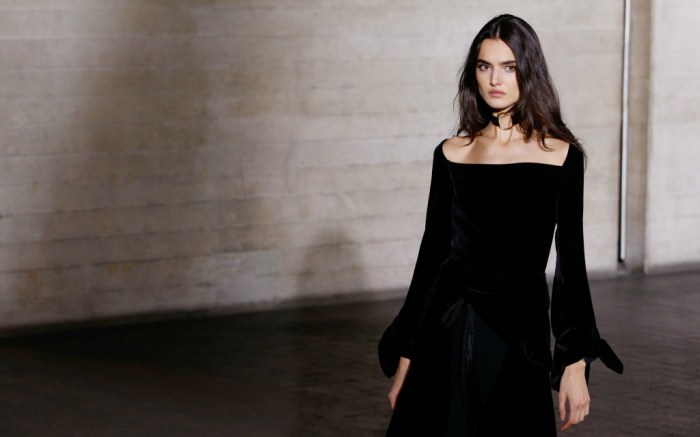 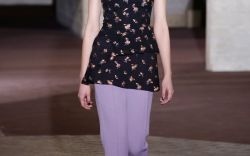 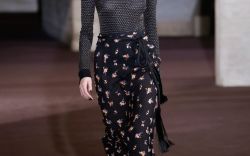 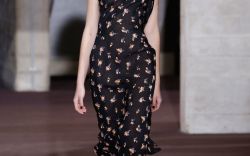 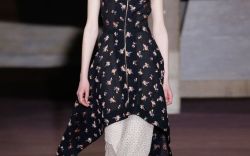 Mule-style sandals with a ’40s vibe came in butter-soft suedes or a chic combination of croc and suede. They crossed over the foot, making a leg-lengthening V shape and were cinched in a knot behind the ankle. It was all in the detail, and the interiors were lined in metallic leather, giving a flash of pure gold with every scarlet-soled step.

This year, Mouret is also celebrating his 20th anniversary.

The designer is renowned for the form-flattering silhouettes of his gowns, so his joining forces with a shoemaker who does the same for the pins is a perfect fit.

For more styles from the Roland Mouret fall 2017 collection presented at London Fashion Week, click through the gallery.