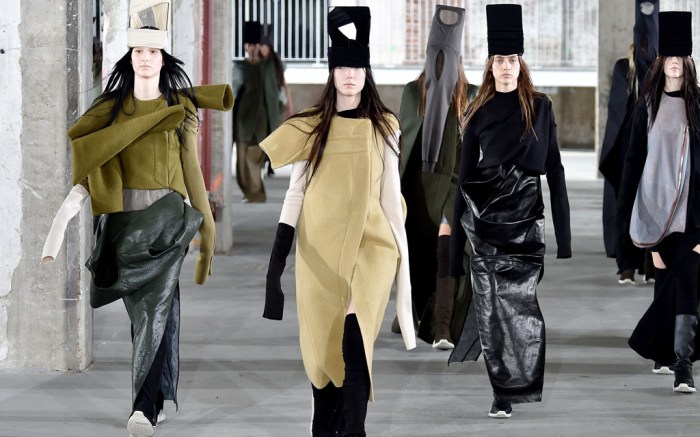 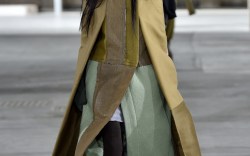 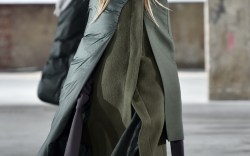 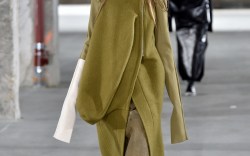 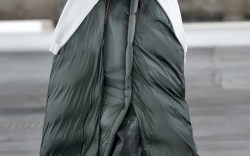 Rick Owens loves a sneaker boot and has been expressing this love openly before kicks on the runway were common or cool.

For fall ’17, the steadfast designer continued to show his athleisure savvy beyond just shoes today at Paris Fashion Week. While models had structural headpieces fashioned from hoodies and sweatshirts, asymmetrical puffers and coats wrapped around the torso or tumbling off the body, sneakers remained resolutely one note.

With all the purposely misworn revelry on display, they were the only component of the collection that Owens didn’t decide to disrupt. Pity that, as one wonder’s where else he might have dreamed up to put said shoes. The shoulder? Why not.

The Pumps at Rochas Had Glittering ‘R’ Logo Buckles