These Off-White Boots Were Made ‘For Walking’ — Quite Literally 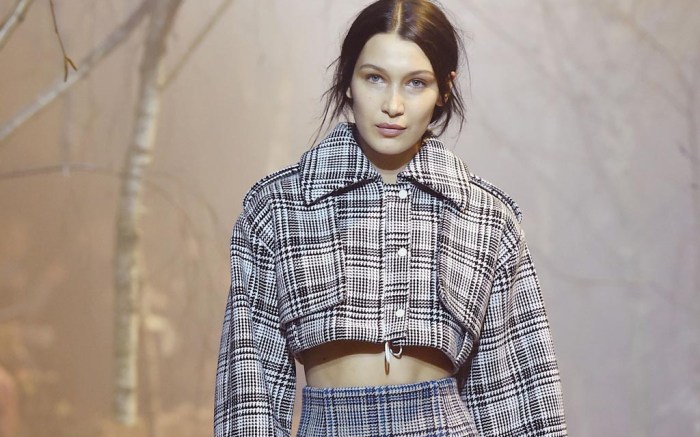 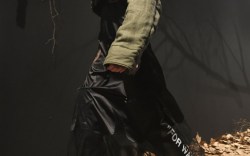 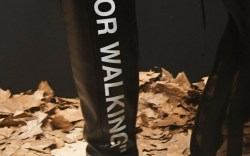 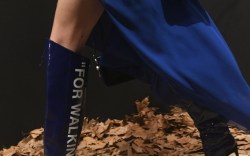 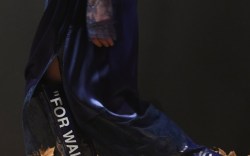 Was this Virgil Abloh’s Givenchy audition collection? Yes, according to the rumor mill. And judging by the fall collection, his most fully realized and impressive to date, he just might be a shoe-in.

Speaking of, models traipsed through the autumn leaf-strewn space with statement-making boots. Quite literally.

White wide-leg, over-the-knee boots came printed with “For Walking” in bold caps font vertically along the outer seam for modern-day Nancy Sinatra struts. The same slogan was splashed along the toe of pumps. (Runway shoes with irreverent messages is a theme this season: at Saint Laurent, men’s sneakers were scrawled with “Smoking Forever.”)

But back to Off-White. There were also herringbone versions of the boots that bordered on sophisticated, a first for Abloh, who mostly trades in Vetements-style too-cool. After having a lot of fun with fantastic sequin socks last season, he turned to mesh pairs this go around, paired with stilettos to ethereal effect.

Speaking of airy, by show’s dramatic end (model’s walked in darkness shining flashlights, thankfully, on their shoes), there was the definite feeling floating about that Albloh’s next step will be towards the big leagues. If “it” is a thing to be had, he’s got it.

Click through the gallery to see more styles presented on the runway.