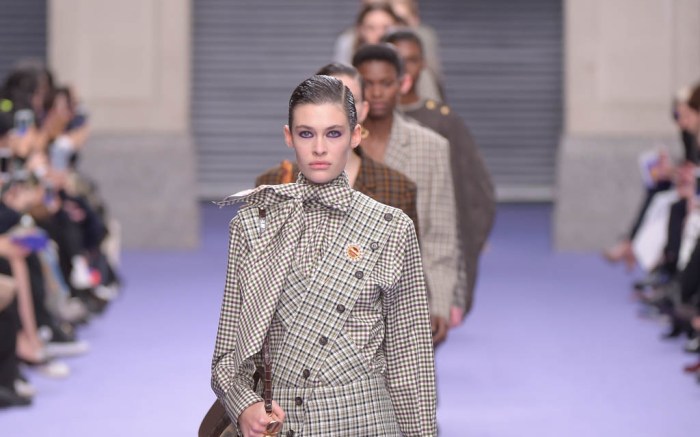 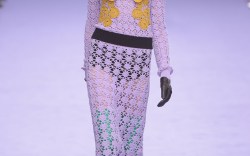 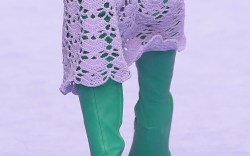 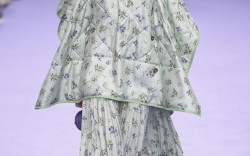 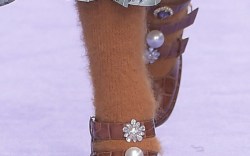 The British aristocracy — love them or loathe them — have inspired a number of designers over the years.

The posh country pursuits of the blue-blooded was the starting theme for Mulberry England (as they now are branded) creative director Johnny Coca’s latest collection, presented today at London Fashion Week.

He flashed back to the heady ’70s, which could be seen in both the heritage palette (shades of ginger, oxblood, rust and cigar) and also the spirit of the shoes, which took their cues from hoity-toity pastimes.

High boots referenced the riding world, but were done in patent and mesh for a refresh. Loafers and midi-heels were narrow yet sturdy and had a clever take on Scottish ghillies with open lacing over the instep. Materials were luxe, such as velvets, moc-croc and ostrich-embossed.

“The monk shoes with the square toe had this kind of uniform attitude, which I love,” said Coca backstage.

The aristocratic influence was also seen in footwear embellishment: kilt safety pins, pearls and officer’s chain. “Each shoe is different and has these elements from the past,” he said. “It’s like old shoes from your grandmother — mixed with bits of earrings, necklaces and broken chains. I tried to recoup, replay and re-conceptionalize.”

Click through the gallery to see more styles from the runway.