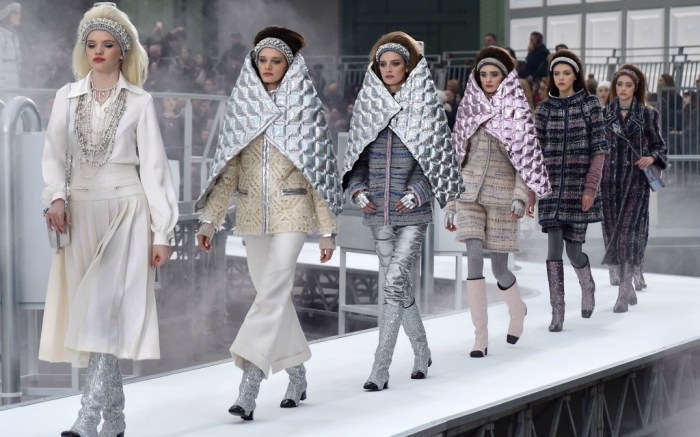 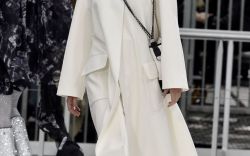 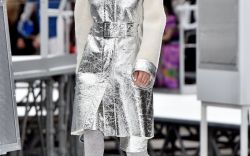 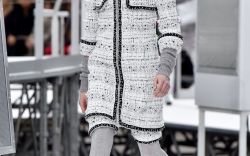 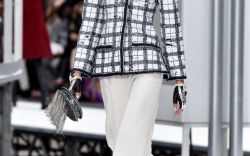 SpaceX’s Elon Musk and Virgin Galactic’s Richard Branson better watch their backs. Judging from Chanel’s epic display in Paris today, the two entrepreneurs are not the only ones with millions to burn on space-travel pursuits and ambitious aircraft. At Grand Palais, Karl Lagerfeld launched a collection themed around liftoff.

A massive rocket ship printed with obligatory brand insignia was staged on a massive podium in the center of space. Thankfully, the theme wasn’t taken too literally. Models wore all manner of high-tech tweeds and foiled coats, but they did not moonwalk, nor were they dressed like astronauts. And instead of moon boots, shimmering sequin knee-high styles came in all shades of molten metallics with black shiny cap toes and block heels. They were designed by house footwear lead Laurence Dacade with Lagerfeld.

The glittering shoe is an eye-catching trend this season, spotted also at Saint Laurent. But here, there was lesson frisson, the mood more intergalactic gamine than glamazon. Mesmerizing as they were, the boots at Chanel were a little cutesy. A version that extended above the knee, a different heel height or more cropped silhouette would have been welcome and to give this fashion smoke show a little more steam.