Charlotte Olympia’s New Shoe Collection Had Its Own Movie Premiere 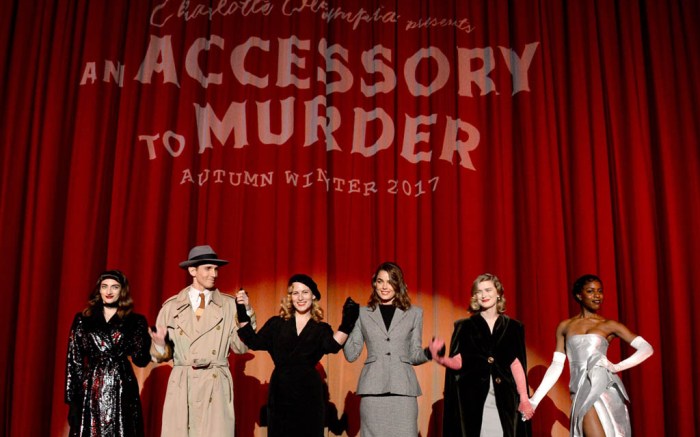 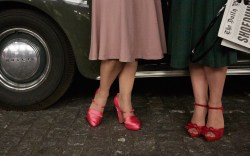 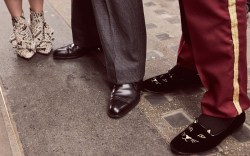 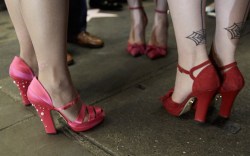 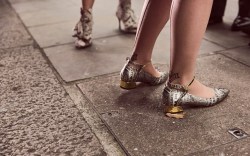 Designer Charlotte Dellal played a cameo role alongside her shoes.

It’s no secret that Charlotte Olympia designer Charlotte Dellal has a penchant for film noir, but this season, she took things to the next level. Dellal created an entire collection in homage to her favorite genre and presented it via short film aptly titled “An Accessory to Murder,” which premiered Sunday night at London’s chic Curzon Mayfair movie theater.

Highlights from the collection were showcased in the cinema’s foyer: pumps emblazoned with Lauren Bacall’s immortal line “You know how to whistle, don’t you?” from the movie “To Have and Have Not,” ’40s-style lace-up heels done in houndstooth with heart detail apons and Perspex brogues recalling a detective’s raincoat.

A pair of knee-high boots stole the show, though. Designed in collaboration with paper cut artist Poppy Chancellor, they featured an image of a glamorous woman smoking a cigarette. It was inspired by a vintage movie poster.

“I’ve always been into film noir,” said the designer. “My brand comes from that silver screen era — I grew up watching those movies.”

The film, a tongue-in-cheek thriller, featured a cameo from Dellal herself. “That was the first thing I had written in,” she said with a laugh about her silver-screen debut. “I worked with the director Sophie Edelstein, and the first thing I said was, ‘I need to be in there I need to have my Hitchcock moment.’ “