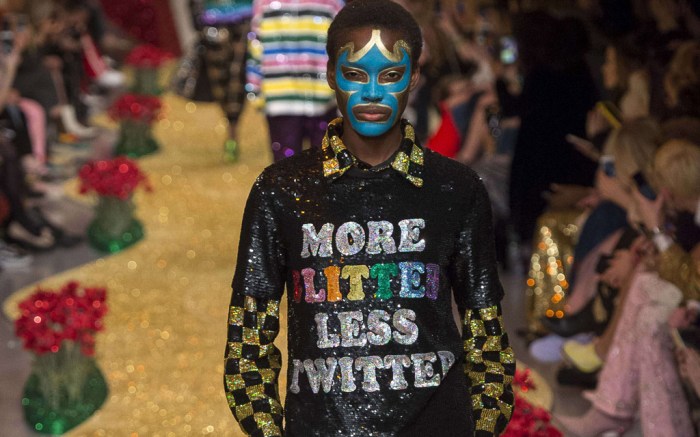 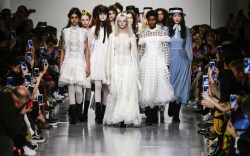 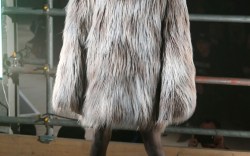 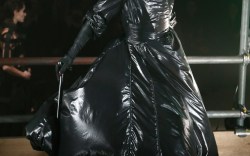 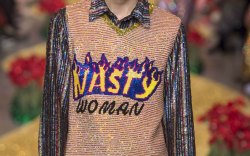 There were plenty of political statements on the runways at New York Fashion Week, but it didn’t stop when the shows there came to an end.

Over the weekend at London Fashion Week, several designers chimed in on current world events, signaling a meaningful trend that we could also see come Milan and Paris fashion weeks.

On the Ashish runway, designer Ashish Gupta sent models parading down the runway in a lineup of glittery, rainbow pieces, many of which were splashed with bold messages including “More Glitter Less Twitter,” “Nasty Woman,” “Why Be Blue When You Can Be Gay?” and “Love Sees No Color.” The message about Twitter is surely in reference to President Donald Trump’s affinity for using the social media platform.

Shirts emblazoned with messages were popular in New York, too: Christian Siriano, Jonathan Simkhai and Prabal Gurung all sent models down the runway in strongly-worded T-shirts.

Other messages were more subtle. Designer Bora Aksu took inspiration from the suffragette movement in Britain in the early 20th century, while Gareth Pugh took a darker turn and referenced a dystopia in his designs while a soundtrack that included Trump’s promise to build a wall on the U.S.-Mexico border played in the background.

Click through the gallery to see more photos of political statements on the runways at London Fashion Week.