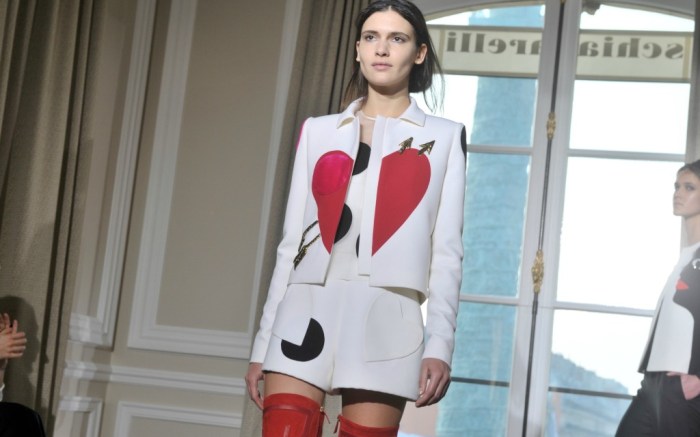 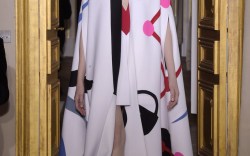 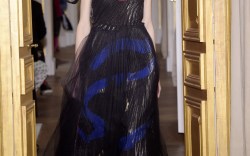 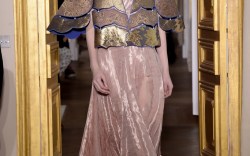 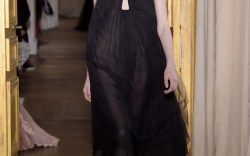 Schiaparelli’s Bertrand Guyon was feeling the love when it came to designing his spring 2017 haute couture collection, which showed today in Paris.

In the collection, titled “Chinoserie at Heart,” house symbols such as arrow-pierced hearts and padlocks appeared alongside fire-breathing gold dragons, Japanese kimono-style patterns and red-tassel embellishments — a Chinese symbol of good luck.

The fact that the Chinese New Year is celebrated Saturday is likely no coincidence, but the Far East connection is, nonetheless, a genuine one for the house. Founder Elsa Schiaparelli herself took inspiration from the kimonos and traditional Chinese hanfus she wore to waft around her boudoir.

But it was the heart motif that Bertrand chose to grace the footwear. It appeared as a keyhole cutout on ankle boots, where it delicately exposed the front of the foot and as inlays on soaring thigh-high boots. Hearts also cinched the ankle as a shapely addition to pointed T-bar pumps, which came in a panoply of saturated hues.