How Designers Are Incoporating Outdoor Footwear in High Fashion 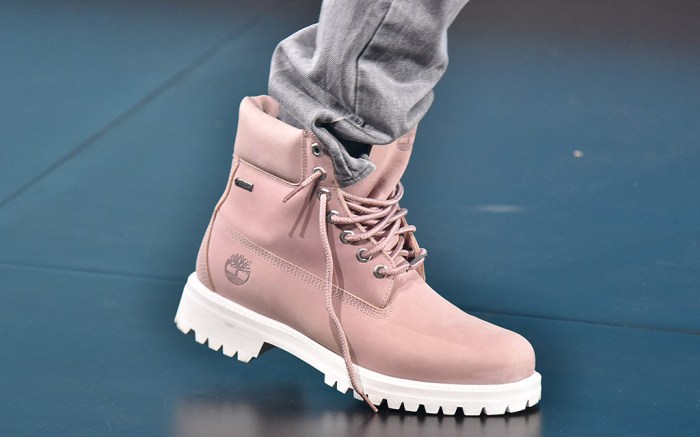 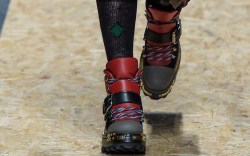 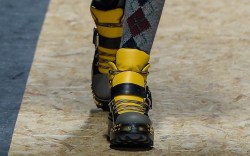 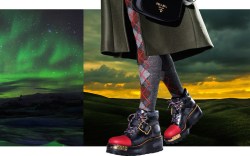 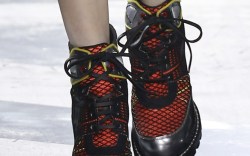 For the fashion set, hiking boots have never been hotter.

During the pre-fall ’17 collections, the notion of taking the path less traveled (and adding multiple stamps to your passport along the way) took on literal meaning. How else can one explain all of the suddenly stylish takes on traversing, skiing and trekking shapes influenced by the outdoor market? The trend is expected to continue its climb into the upcoming fall ’17 runway collections.

Indeed, multiple designers seemed to have adventure travel and exotic escapes in mind. On the runway, both Coach and Prada showed flatform hikers, the latter of which has been a hit for the apres-ski social media set such as Giovanna Battaglia and Natalie Joos on Instagram.

Louis Vuitton’s Nicholas Ghesquière, another designer with a worldly mindset, showed lug-sole speed lacers last season that were worn by a slew of actresses Alicia Vikander and Michelle Williams and singer Selena Gomez at the Met Gala last year. They posed the question: Is the red carpet the new mixed terrain?

After last season’s patchwork python boots, Burberry also continued to show lug-soled boots, with steep sturdy heels belying lots of traction. And for those not wanting to veer to far from the classics, Timberland collaborated with Kith for Ronnie Feig’s spring ’17 runway, featuring slight tweaks such as shearling lining, bragging and new colors for the outdoorsy stalwarts signature 6-inch and Field boots. And for high-fashion hiker purists, there is always Manolo Blahnik’s take, which Rihanna put a furry stamp on for her collaboration with the stiletto king.