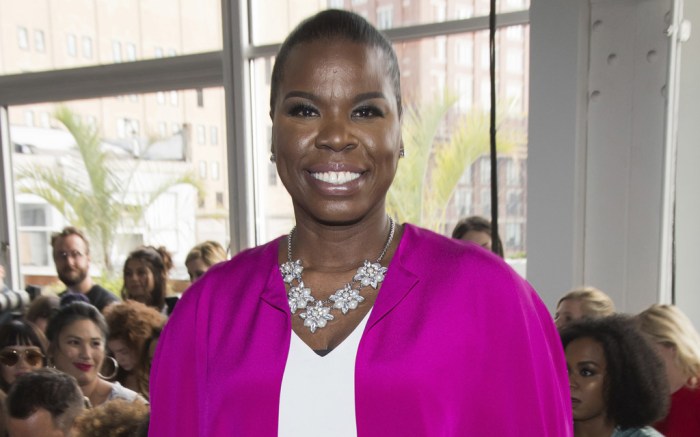 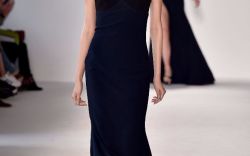 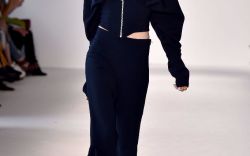 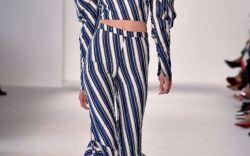 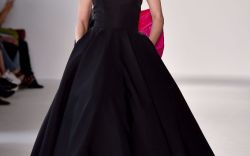 Leslie Jones just turned 50 years old — and she’s currently living her best life. The “SNL” star, who is up for an Emmy Award this month, sat front row during Christian Siriano’s spring 2018 runway presentation at Chelsea Piers in New York City, and she stole the show.

All eyes were on the comedian throughout the entire fashion show.

If you happened to follow along on Jones’ social media when the 2016 Summer Olympic Games were going on or caught her on Seth Meyer’s “Game of Jones” segment, you know she can’t hold back her excitement — and Saturday evening at the Siriano show was no different.

The designer’s collection was filled with statement pieces, from fluorescent pink, green and yellow dresses to over-the-top hats and everything in between.

With each new look making its way down the runway, Jones lost it. The actress yelled with joy, clapped, snapped, smiled from ear-to-ear and was seen encouraging each model to strut their stuff as they walked the catwalk.

This show was overall extremely lively. Thanks to Jones’ reactions, even the models (Coco Rocha being the No. 1 culprit) played into the fun vibes by stopping and posing just to give a little extra pizzaz for the crowd. This, of course, took Jones to the next level — and everyone was here for it.

To see the entire Christian Siriano collection, click through the gallery below.

Selena Gomez &amp; The Weeknd Hit the Red Carpet Together at NYFW