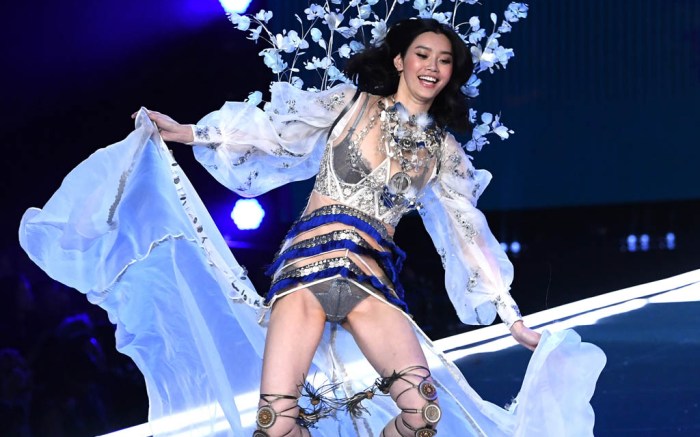 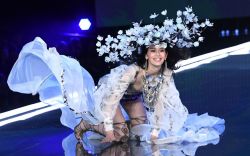 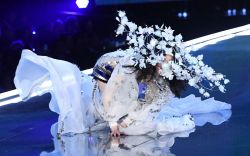 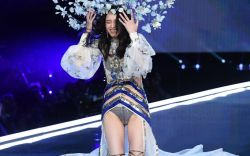 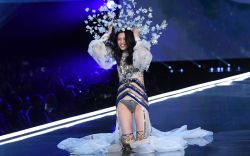 When 2017 Victoria’s Secret Fashion Show model Ming Xi fell on the runway at the iconic event in Shanghai, Twitter erupted with comments.

Xi, who stumbled on the catwalk during the Winter’s Tale portion, wrote an Instagram post thanking her fans and fellow Angels for supporting her during “one of the hardest moments” of her career after the show aired last night on CBS.

“The support I received from everyone yesterday was incredible, and I am truly grateful to everyone who was there for me,” Xi wrote.

But the wipeout, naturally, did not go unnoticed on social media, where many expressed pity for the China-born model’s fall on the runway, adding that it was made worse by the fact that it happened in her hometown. When Xi fell, she was wearing a floral headpiece and Brian Atwood stilleto sandals teamed with an outfit that had a billowing train.

OMG she fell ! She's crying… And this is her hometown #VSFashionShow I'm crying with her poor thing. pic.twitter.com/o9bJFVyjhB

I have goosebumps and I'm actually about to cry for the poor model that fell… was she the one that said this is her hometown? #VSFashionShow

While some posted “fallen angel” jokes and memes, many Twitter users criticized CBS for not editing out the stumble from the Nov. 28 broadcast.

That said, the vast majority of the comments were supportive and positive — many particularly liked the fact that fellow model Gizele Oliveira helped Xi up.

Helping another women when she falls, & still celebrating her after is what female empowerment is all about #VSFashionShow

See more photos of the fall, as well as snaps from the runway and the backstage preparations.