From the Archives: A Look at Cindy Crawford’s ’90s Runway Style 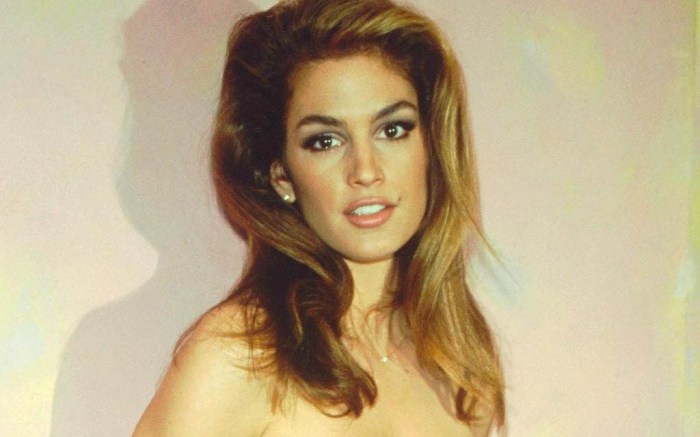 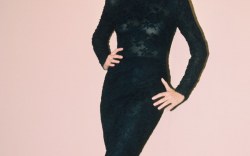 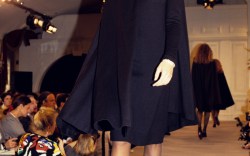 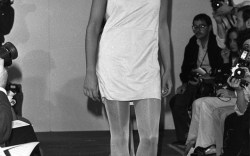 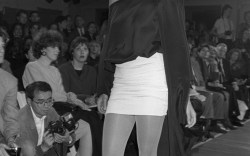 In Calvin Klein’s spring 2018 runway show, there was one fresh face who may have seemed a tad familiar to lovers of the brand.

Why? Supermodel Cindy Crawford’s 16-year-old daughter, Kaia Gerber, made her runway debut this season, and one of the first shows she walked at New York Fashion Week was Calvin Klein, a label whose runway Crawford graced many a time throughout the late ’80s and into the mid ’90s.

In addition to appearing on the Calvin Klein runway many times, Crawford also consistently modelled for Michael Kors.

She appeared mostly in classic silhouettes, wearing button down shirts and pencil skirts, often teamed with conservative pumps. But Crawford also strutted onto the runway in shiny thigh-highs for looks that had a bit more bite to them, unexpectedly paired with conservative outerwear.

Kaia may be on her way to big-time stardom right now — along with Crawford’s son, Presley Gerber, who also models — but it’ll be hard for her to surpass the fame her mother achieved.

In 1990, Crawford, along with  Naomi Campbell,  Christy Turlington, Linda Evangelista, and Tatjana Patitz, appeared on the cover of British Vogue in a shot taken by Peter Lindbergh and were quickly hailed as the top supermodels of the era. But the model may be best known for her work with  Pepsi. Crawford starred in a series of commercials for the soda company, including a 1992 Super Bowl halftime commercial.

After Crawford quit full-time modelling in 2000, she continued to use her celebrity status, appearing in commercials and occasionally gracing the cover of magazines.

While Crawford’s runway days are mostly behind her, she took to the catwalk during Milan Fashion Week, appearing alongside  Claudia Schiffer, Naomi Campbell, Helena Christensen and Carla Bruni to close the Versace spring 2018 show in tribute to the late Gianni Versace.

Click through the gallery to see more of young Cindy Crawford.

Cindy Crawford Reflects on Her Career: Dinner Parties With Gianni Versace & Madonna to Dancing on Quartz in Heels

Naomi, Cindy & All of the Big ’90s Supermodels Closed the Versace Spring ’18 Runway