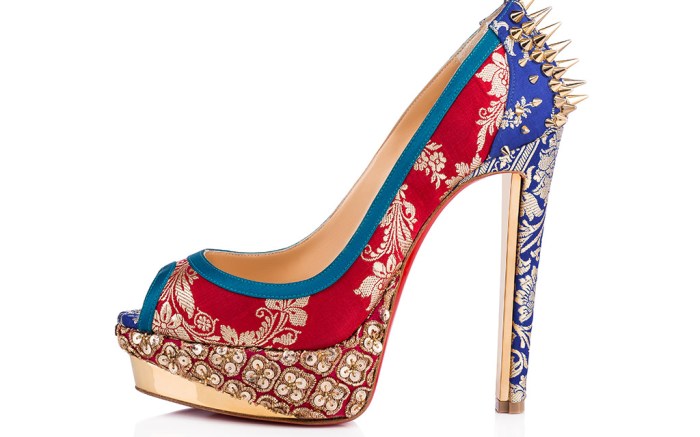 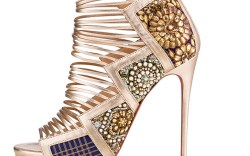 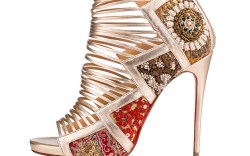 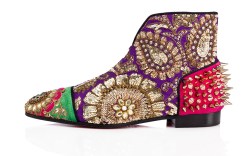 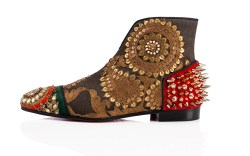 Talk about a work of art. Christian Louboutin has teamed up with Indian couture designer and friend Sabyasachi Mukherjee for a limited-edition capsule collection of women’s and men’s shoes.

The shoes certainly speak for themselves, as they are beautifully detailed in exquisite, hand-embroidered sari fabrics and ribbons from the Sabyasachi label’s archives. Details include a rich patchwork of motifs and colors, as well as Christian Louboutin’s signature studs. Featured in the collection are nearly a dozen women’s shoe styles, including a thigh-high boot, platform pumps and sneakers, as well as a sleek loafer and high-top for men.

In 2015, the design duo first partnered for a Sabyasachi couture show in Mumbai, India, in which Louboutin designed shoes and handbags, followed by another runway collaboration in 2016. Later, the two met again in Mukherjee’s hometown of Kolkata in that country for a visit to his private sari archives. Louboutin immediately wanted to turn these embroideries into shoe designs to share India’s culture and craftsmanship with the world.

And now the shoes are officially here.

“Indian handicraft is the best of the best in the world. The luxuriance of Indian workmanship is at the maximum. I would love the world outside of India to love it as I do,” Louboutin said.

Being extremely rare, limited quantities of the shoes styles will be available, starting this month, at only eight locations globally — including Bergdorf Goodman in New York and the Christian Louboutin boutique in Los Angeles.

Click through the gallery to see all the shoes for both women and men in Louboutin’s exclusive capsule collection.