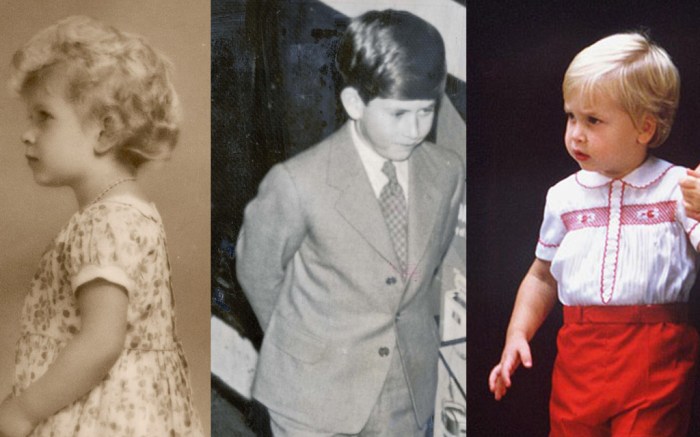 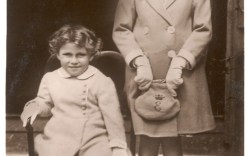 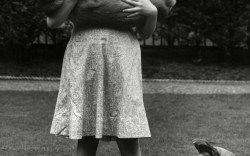 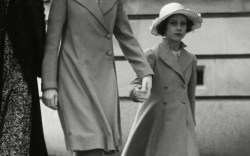 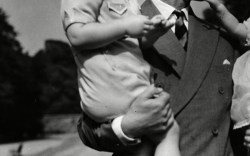 Queen Elizabeth II has had gray hair for decades — but in the late 1920s and early 1930s, then around the same age Princess Charlotte and Prince George are today, she was a young girl destined for the throne.

Then-Princess Elizabeth was dressed in sweet floral knee-length frocks and crew socks, paired with Mary Jane shoes, a look that calls to mind outfits Princess Charlotte wears today. The queen also coordinated with her younger sister, Princess Margaret, who passed away in 2002, opting for matching coats and shiny leather shoes.

Queen Elizabeth II dressed her own children, Prince Charles and Princess Anne, in coordinated outfits, just as her parents had done with her and Princess Margaret. Young British males historically wear shorts, rather than full-length trousers, until they reach around age 8 — a rule that Prince Charles followed and which his grandson Prince George follows today.

Prince Charles would often be found in a peacoat or smart blazer as a young boy, wearing either classic T-strap shoes or more dressy shoes, depending on the occasion.

The two boys often dressed in matching looks, sporting knee-high socks and dress shoes with blazers in the winter — along with colorful ski gear on infrequent family trips — and fuss-free collared shirts in the summer. As they became older, the princes often dressed in formal attire, such as on trips to church and to prep schools.

Click through the gallery for more images of royal children over the years.

Princes William and Harry Meet Members of the Grenfell Community