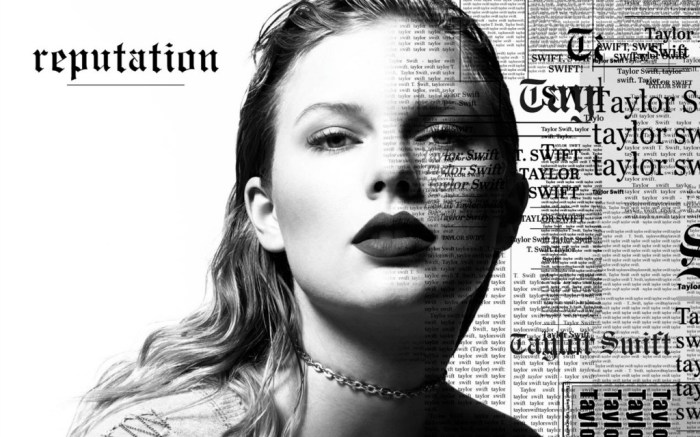 If that seems too far off, don’t fret. You won’t have to wait that long for new music from the pop star. Swift will drop her first single from the upcoming album this Friday. Moreover, the “Bad Blood” singer also revealed the cover art for her sixth album via social media.

It’s been nearly three years since her last album “1989,” and it looks as though the 27-year-old could be going in a different direction. On the cover, the controversial pop queen looks noticeably edgier and darker, wearing a chain choker around her neck, dark lipstick and a distressed sweater available on pinko.com. The brand’s P_Jean Attivita sweater retails for $405.

Straying from her nice-girl image — cowgirl boots and sundresses — Swift could be heading into a “new era,”  according to her fans.

TAYLOR IS NOT MESSING AROUND. THIS IS HER SAVAGE/DARK ERA AND SHE IS DONE WITH THIS BULLSHIT Y'ALL GIVE HER SHE IS COMING FOR BLOOD

That said, FN is taking a look at the times Taylor has opted for edgier looks. Click through the gallery for more.