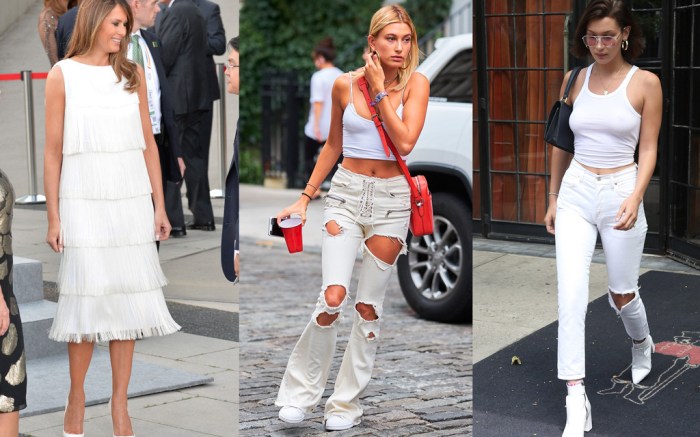 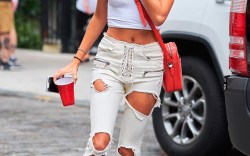 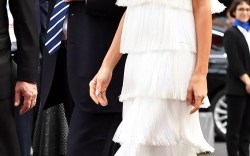 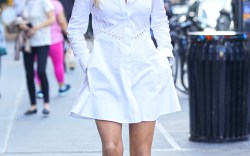 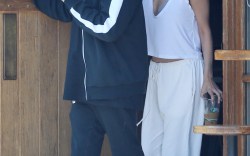 Forget orange — at least as far as shoes go, white is the new black this summer. Celebrities have stepped out in a variety of white shoe looks, pairing footwear in the shade with everything from pantsuits to pajamas, and head-to-toe white has become a popular choice, both for casual outings and on the red carpet.

One of  Melania Trump’s boldest looks as first lady so far has been in head-to-toe white: Trump wore a fringed Michael Kors dress with white Christian Louboutin pumps while in Hamburg, Germany for the G20 Summit, rocking a chic ’20s-inspired look.

Other celebrities have also done head-to-toe white for formal appearances, such as Charlize Theron, who donned a Dior bra top and skirt get-up with Jimmy Choo shoes at an “Atomic Blonde” premiere, and Lindsey Vonn, who opted for a cream-colored pantsuit and matching Loriblu pumps at a Sports Illustrated event.

But white-on-white works just as well for the streets as it does for the red carpet.

Supermodel Bella Hadid is one big fan of the color. She’s worn distressed jeans and booties in the summery shade, as well as tennis whites with Nike Cortez sneakers.  Hailey Baldwin and Kendall Jenner, two of Hadid’s model pals, have stepped out in head-to-toe white while on the go. Jenner donned a sheer sundress with Stuart Weitzman’s popular Clingy boots, while Baldwin opted for ripped jeans and a tank top, teamed with casual Stan Smith sneakers.

Click through the gallery for more celebrities dressed in head-to-toe white.