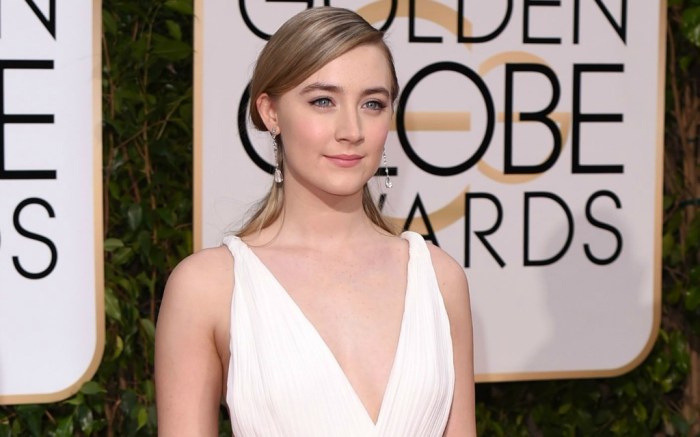 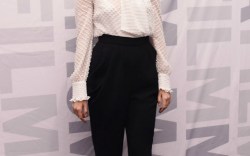 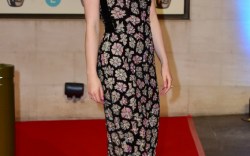 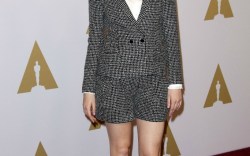 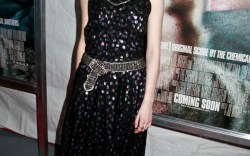 She’s one of Hollywood’s brightest stars.

From her haunting role in “The Lovely Bones” to her captivating portrayal of Irish immigrant Eilis Lacey in “Brooklyn,” Saoirse Ronan has many critics hailing her as one of the most gifted actresses of her generation.

Despite the high praise, the Irish actress doesn’t take herself too seriously — and that extends to her fashion choices. Ronan, who turns 23 today, likes to have fun with her wardrobe, and she’s known for wearing statement-making shoes. Think bold colors and plenty of striking details.

At last year’s Santa Barbara International Film Festival, the star of “The Grand Budapest Hotel” added a whimsical footnote to her simple Chloé minidress. Her Jimmy Choo Viola sandals were embellished with crystals and trimmed with large tassels festooned with ostrich feathers.

Appearing in New York last year for a screening of “Brooklyn,” Ronan added a splash of color to her white-blouse-and-black-trousers ensemble with a pair of Christian Louboutin heels decorated with multicolored sequins.

At the 2015 LACMA Art and Film Gala, Ronan’s orangey-red Pierre Hardy peep-toes were the perfect complement to her colorful, mixed-print dress by designer Duro Olowu.

Ronan looked perfectly elegant at the 2016 EE BAFTA British Academy Film Awards in a gorgeous beaded gown by Burberry, which she paired with Giuseppe Zanotti platform heels in a flashy metallic finish.

At the 2012 “Twilight Saga: Breaking Dawn Part 2” premiere, the actress — clad in a pretty white eyelet dress by Simone Rocha — ditched her usual heels and instead opted for something a little more unexpected: patent-leather oxfords.

To see more of Ronan’s sassy shoe looks, click through the gallery here.