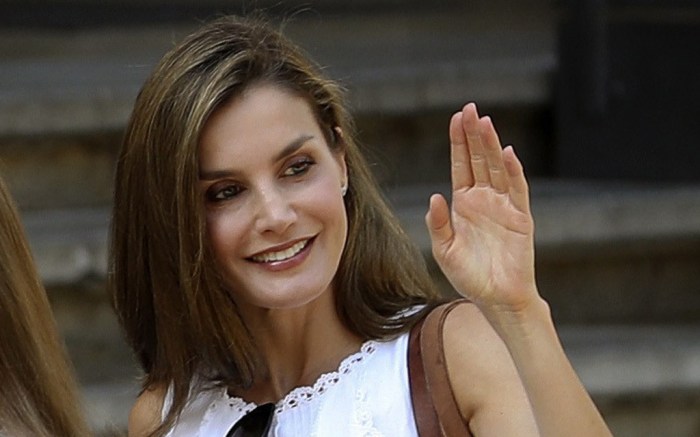 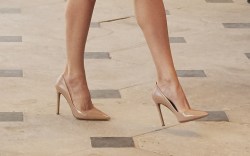 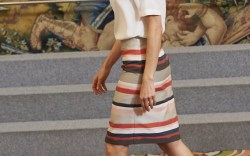 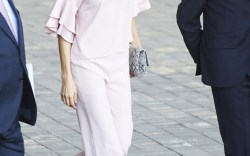 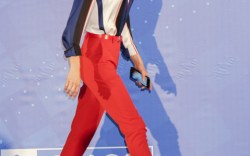 Queen Letizia of Spain loves to wear pieces from Spanish designers, and on an island vacation with her family, she opted for a chic summery look, with both her dress and shoes made by Spaniards.

The Spanish royals visited the Can Prunera Modern Museum on the island of Mallorca on Aug. 6, and Queen Letizia was clad in a white shift dress by Adolfo Domínguez, which she paired with Uterqüe sandals, encrusted in rhinestones. The queen accessorized with sunglasses and a straw tote bag to complete her vacation look.

With the white dress and glittery sandals — which she had worn for a trip to the island in 2013 — the journalist turned queen looked stylish but relaxed, as she traveled in flats with her husband, King Felipe, and their two daughters, Infanta Sofía and Princess Leonor. Clearly height was not what the 5-foot-7-inch royal was going for in the family outing.

Crisp, white dresses and blouses have practically been the 44-year-old’s uniform this summer, and she’s donned a number of high-end brands, including Carolina Herrera and Hugo Boss.