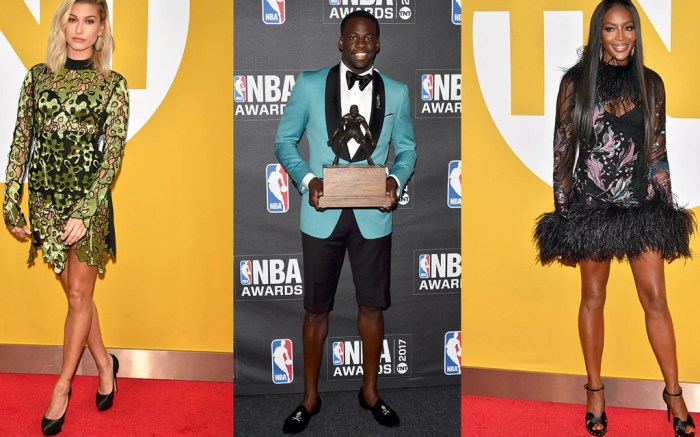 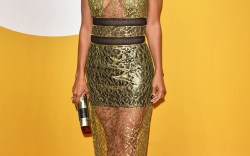 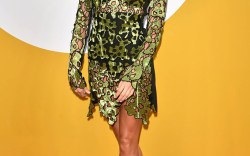 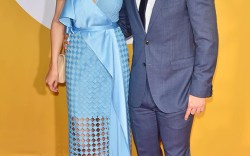 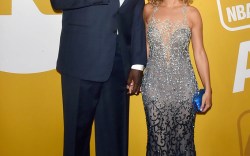 Model Hailey Baldwin stole attention from basketball’s biggest stars at the first-ever NBA Awards Monday night, showing up in a barely-there, cut-out green and black minidress that left little to the imagination.

The 20-year-old, who finished off her look with a pair of sky-high black pumps, has been making headlines for her trendsetting style lately. She went for an equally leggy look at Maxim’s Hot 100 Party and stepped out in a pair of thigh-high 5.5-inch stompers a few days ago.

Baldwin was not the only one to wear a memorable outfit on the NBA Awards red carpet. Actress Jada Pinkett Smith came clad in a see-through dress with plenty of cutouts and a plunging neckline, finishing off the look with a pair of strappy gold sandals.

The men at the awards show didn’t disappoint, either. Rapper Drake, who hosted, went for a classic look in a white tuxedo jacket and black dress shoes, while 2 Chainz shook things up in heavy jewelry and sneakers. “Pitch Perfect” star Adam Devine wore a classic navy suit, which he styled down with Vans. But perhaps the biggest statement was made by Nick Cannon, who sported an olive green turban and plaid pants, topping his look off with multicolored tasseled loafers.

The NBA players themselves also came dressed to impress. Defensive Player of the Year Draymond Green made a statement in shorts and a teal jacket, finishing off his look with skull-emblazoned shoes. Russell Westbrook, who took home the top trophy at the event, wore slim-fitting blue trousers with tinted glasses, which he paired with simple brown loafers.

Click through the gallery to see more celebrity style from the NBA Awards.