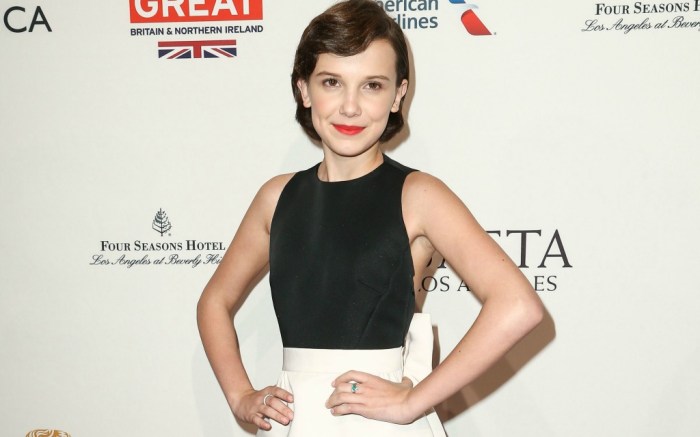 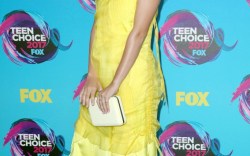 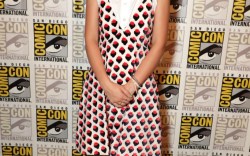 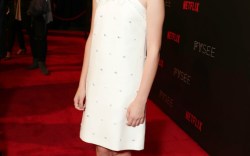 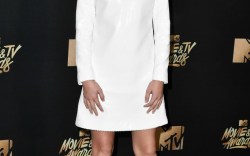 Millie Bobby Brown may be just 12 years old, but she’s already got the fashion game mastered.

The British actress — who stars in the creepy Netflix sci-fi series “Stranger Things” — has been stealing the red-carpet spotlight with her charming, unabashedly youthful style. She dresses perfectly for her age, playing with fun prints and colors, while still managing to bring an aura of sophistication and elegance. With her pixie crop and penchant for classic looks, she channels a young Audrey Hepburn.

While Brown likes to experiment with different designers, she makes sure to throw plenty of support to the fashion set back home in England. At this month’s Golden Globe Awards, she twinkled in a sequined dress by British designer Jenny Packham (a favorite of Kate Middleton), flawlessly accessorized with Sophia Webster (also British) heels trimmed with silver paillettes. And tonight she’s sure to do the same as a nominee for Favorite Sci-Fi/Fantasy Actress at the People’s Choice Awards 2017 for her role in “Stranger Things.”

For an appearance on the U.K. talk show “Lorraine,” Brown donned a Peter Pan-collar minidress by Topshop. She topped off the adorably retro look with a pair of embellished slingback flats by Christian Louboutin.

American label Kate Spade is in heavy rotation in Brown’s wardrobe. At UNICEF’s 70th anniversary event in December, the talented tween wore a chic, floral-print maxi dress by the brand, which she paired with patent leather block-heel shoes.

But while Brown clearly has the style chops to go toe to toe with even the biggest stars, she knows not to take fashion too seriously. At the 2016 premiere of “Stranger Things,” she added a very playful footnote to her sassy, ballerina-style dress: ribbon-lace Converse Chuck Taylor kicks. She also wore the brand’s sneakers during her appearance earlier this month on “Ellen.”

With the Screen Actors Guild Awards right around the corner — Brown is nominated for Outstanding Performance by a Female Actor in a Drama Series — we can’t wait to see what other red-carpet style tricks she has up her sleeve. In the meantime, click through the gallery here to see more of her adorable looks.