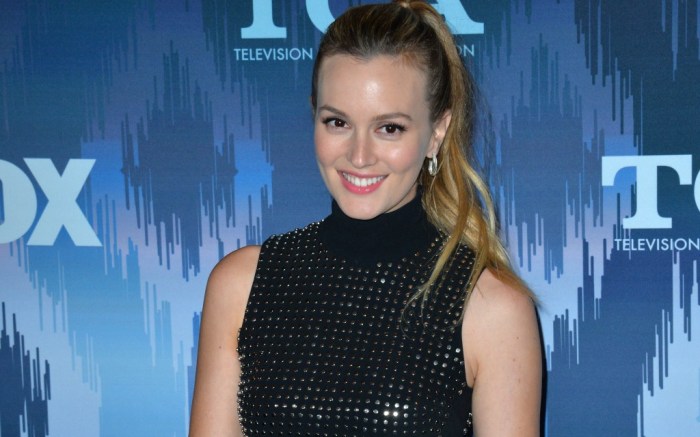 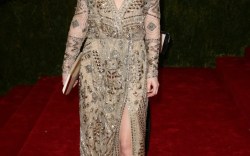 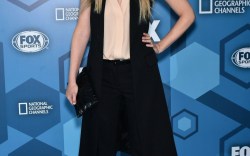 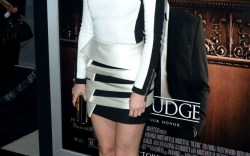 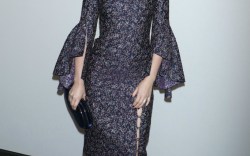 Who can forget Leighton Meester’s oh-so-fashionable turn as Blair Waldorf in “Gossip Girl”? It’s been five years since the popular show ended, and her character’s scene-stealing wardrobe is still celebrated and obsessively dissected on countless style blogs.

In real life, Meester — currently starring in the Fox comedy show “Making History” — has had plenty of Blair Waldorf-worthy fashion moments of her own. The Texas-born actress, who turns 31 today, loves to mix up her look to keep her fans guessing. When it comes to shoes, she favors statement-making styles with bold colors, patterns and details.

Stepping out at the InStyle and Warner Bros. Golden Globes after-party, Meester added a splash of color to her white Galvan Gown with Sophia Webster’s Coco Crystal pumps in a striking royal-blue shade. The shoes have crystal-beaded heels that sparkle from every angle.

At the 2014 Met Gala in New York, the actress — who is mom to a 20-month-old daughter with husband Adam Brody — glittered in a gorgeous gold Emilio Pucci gown, paired with Jimmy Choo’s Deny sandals.

Meester added a fun footnote to her Giambattista Valli little black dress at a 2012 screening of her film, “The Oranges”: cheetah-print raffia-and-leather pumps by Canadian designer Jerome C. Rousseau.

To see more of the star’s stylish shoe moments, click through the gallery here.