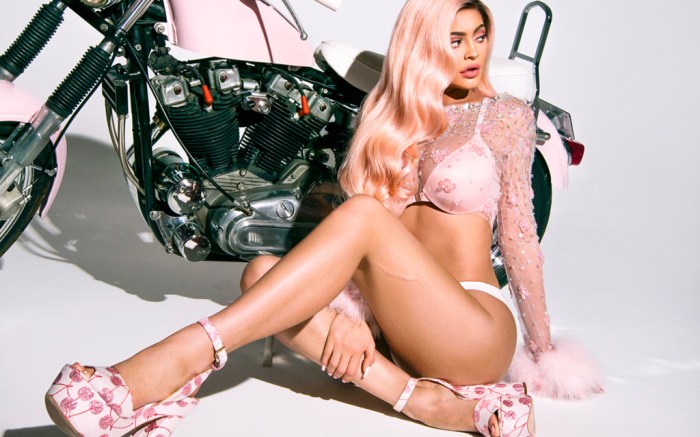 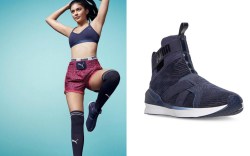 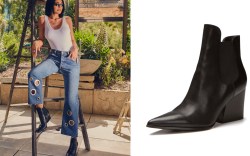 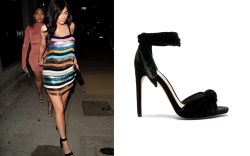 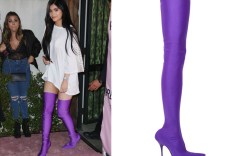 Kylie Jenner has almost 100 million Instagram followers — and she posts often, sharing everything from selfies to high-art shots.

To celebrate as she turns 20, Jenner celebrated the only way she knows: with a series of social media posts. The first photo shoot Jenner shared depicted her in a lacy lingerie — a yellow bra and matching underwear — and sky-high pumps. The “Life of Kylie” star captioned her birthday pics by thanking her fans, writing “thanks for all the birthday wishes!” as the caption on one racy shot.

The reality star’s second and latest shoot, posted last night, seems inspired by Barbie: Jenner is posed on a baby-pink motorcycle, dressed in a matching pink bra, with an embellished, fur-trimmed crop top over it, and underwear.

But the highlight of the pink wig-clad star’s look is a pair of color-coordinated, cherry-embroidered Giambattista Valli platform sandals.

These two shoots demonstrate Jenner’s business savvy. She understands how to make money from the fashion industry, as she’s done with her Kylie Cosmetics company, which has done over $420 million in sales, according to WWD. And the lingerie business is one that other celebrities, including Britney Spears, Sofia Vergara and Jessica Simpson, have successfully tapped into.

In addition to selling makeup, Jenner has a clothing and accessories line she runs with sister Kendall, and she’s sponsored by sportswear giant Puma — but the “Keeping Up With the Kardashians” star often sports high-end designer shoes, such as her favored Olgana Paris fur-trimmed sandals, which she has in multiple colorways, and daring thigh-high Balenciaga boots in bright purple.

The sandals are sold out in Jenner’s chosen pink — a hot colorway that other stars, including Zendaya, Gigi Hadid and Rihanna, have sported in recent weeks — but they are available at a heavily discounted price from Nordstrom’s Rack in a gray, black and red color scheme.

In honor of Jenner’s 20th birthday yesterday, click through the gallery to shop the currently available shoe styles she’s sported, or sponsored, over the past few years.