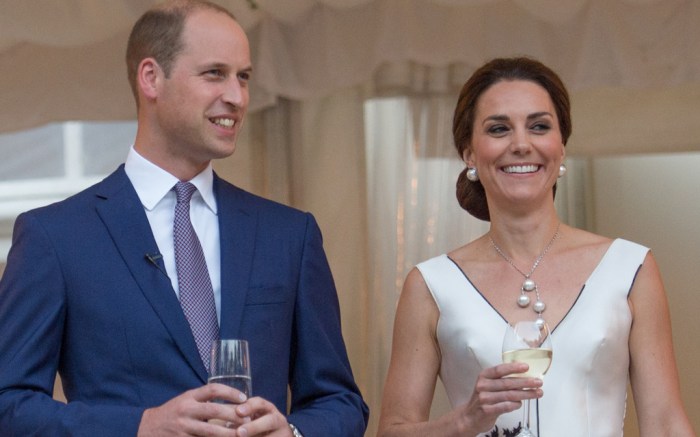 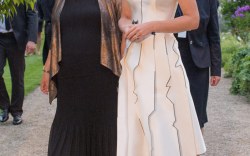 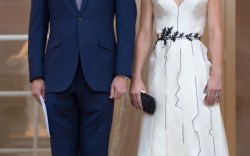 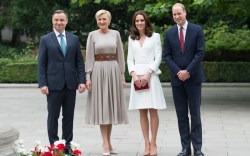 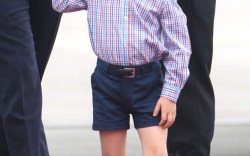 Kate Middleton attended a birthday celebration in honor of Queen Elizabeth II this evening in Poland.

The Gianvito Rossi pumps are a staple of Middleton’s wardrobe, as the 35-year-old frequently chooses the label for more formal appearances (on casual occasions, she’s been known to sport Superga sneakers). She even wore Gianvito Rossi shoes earlier in the day, donning blush-colored pumps that she’d previously worn for her Pippa Middleton’s wedding.

The Duke and Duchess of Cambridge have been busy — after watching Roger Federer win his 19th major title at Wimbledon yesterday, they boarded a plane to Poland today, arriving with their young children, Prince George and Princess Charlotte, in tow.

The British royals are currently touring Poland and Germany, a similar trip to one made recently by the Trump family, who arrived in Poland, where President Donald Trump met with the country’s leaders, before embarking to Germany for the G20 Summit.

Click through the gallery to see more photos from the royals’ first day in Poland.