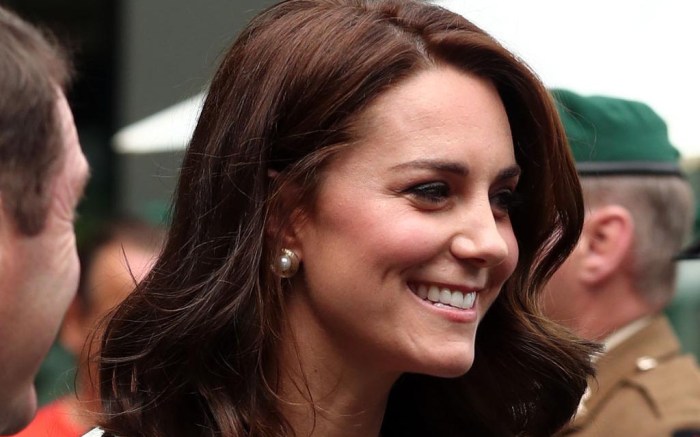 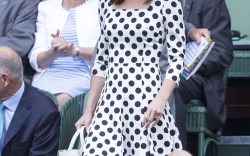 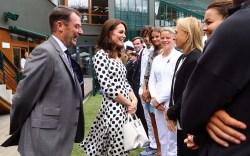 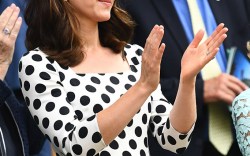 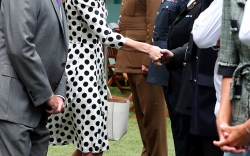 Kate Middleton, who has landed the coveted role of patron of the All England Lawn Tennis & Croquet Club and will be handing out the trophies to this year’s champions, sat front-row to watch Andy Murray and Alexander Bublik on July 3.

The princess wore a Dolce & Gabbana polka dot dress, which is now 60 percent off at Farfetch, and black sandals for Day One of the Wimbledon championships. The mom of two, 35, accessorized with a white Victoria Beckham Quincy bag and Bvlgari Bv8170 frames for the tennis match.

But what really stood out was the Duchess of Cambridge’s shorter haircut. Middleton’s new hairstyle was noticeably shorter on Sunday than it was last week whens she visited the V&A Museum.

The royal mom has always been an avid tennis fan, calling Wimbledon “a quintessential part of English summer.”

In a new documentary for BBC, speaks about her admiration for some of the game’s great players, saying: “I was really taken by Agassi and Sampras, Ivanisevic and Steffi Graf. That for me was my first memories.”