How Hollywood’s Youngest Stars Are Rocking the Red Carpet 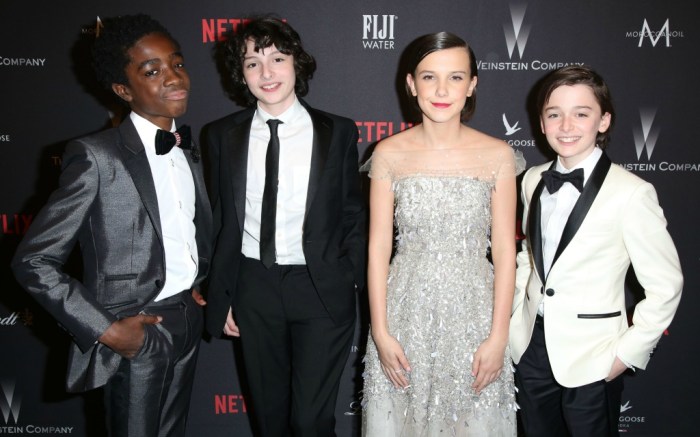 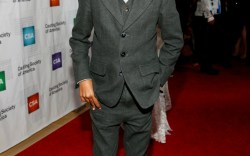 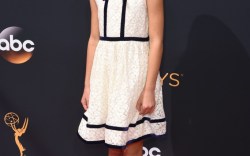 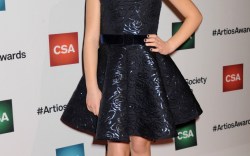 They may be new to the Hollywood scene, but some of the youngest stars in TV and film are already stealing the spotlight with their perfectly on-point style.

Among them, the kid cast of Netflix’s “Stranger Things” — including Millie Bobby Brown, Finn Wolfhard, Noah Schnapp, Caleb McLaughlin and Gaten Matarazzo — has been slaying the red-carpet fashion game since the series premiered in July. At Sunday’s Screen Actors Guild Awards, the co-stars turned heads with their sophisticated ensembles. Twelve-year-old Brown — who was recently named the face of Calvin Klein — looked effortlessly chic in a Grecian-inspired Giorgio Armani maxi dress and black heeled sandals.

Her “Black-ish” sidekick, Miles Brown (the two play siblings on the show), is a big fan of Florsheim Kids’ classic-cool footwear. At the 2016 Emmys, the 11-year-old topped off his dapper tuxedo with the brand’s black patent leather Reveal Bike oxfords.

Alyvia Alyn Lind, who has had roles in “Transparent,” “Masters of Sex” and “Revenge,” continues to hone her adorably sassy sense of style. At the 2016 Artios Awards, the 9-year-old elevated her midnight-blue fit-and-flare minidress with a pair of low-heeled, strappy sandals.

Even the tiniest stars are hitting the right notes with their adorable, age-appropriate style. Six-year-old Hala Finley, currently starring alongside Matt LeBlanc in CBS’ “Man With a Plan,” stepped out earlier this month at the People’s Choice Awards in an angelic lace-and-tulle dress, which she accessorized with black patent leather ballet flats trimmed with oversized bows.

To see more of Hollywood’s fashion-savvy young stars, click through our gallery here.