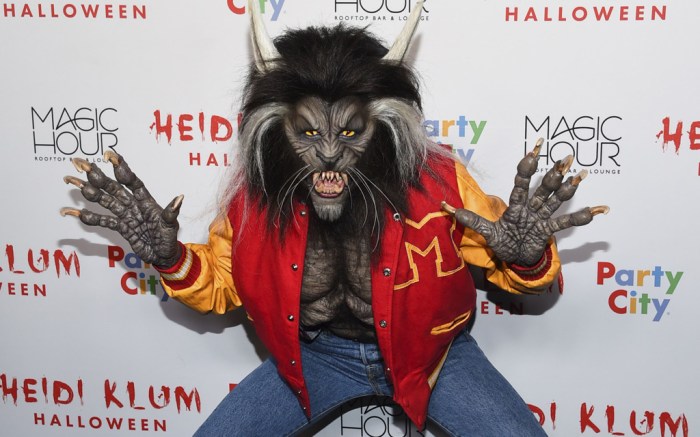 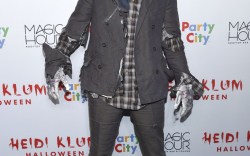 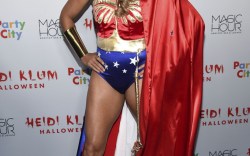 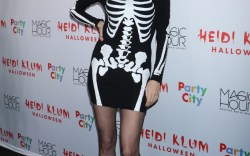 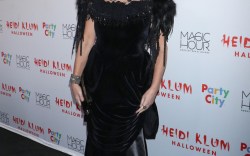 Heidi Klum’s love of Halloween is well-known — and at her Halloween bash this year, the 44-year-old was unrecognizable in  heavy gray facepaint and fake teeth at this year’s bash.

To get her spooky look, the supermodel sported dramatic horns, long whiskers and claws, as well as a two-toned wig. Clothes-wise, Klum stepped out in a red and yellow varsity jacket — which revealed a gray chest — and rolled up jeans. On her feet, Klum wore mid-calf-length white socks and shiny black loafers.

The “Project Runway” host took her followers inside her process of getting ready for the bash, sharing short videos from the many hours spent in the makeup chair.

In addition to posing on the red carpet, Klum also took to the stage at her annual event, performing the dance from the “Thriller” music video onstage alongside a group of zombies.

At her 2017 bash, Klum brought together a slew of celebrities, including Jackie Cruz, Nick Cannon and Sandra Lee.

Fans Are Freaking Out About Adele’s Halloween Costume