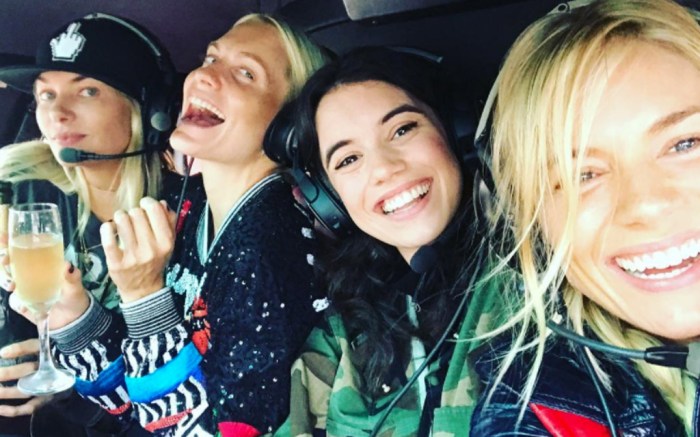 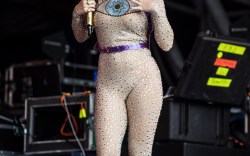 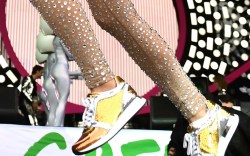 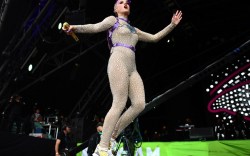 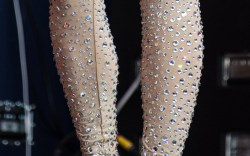 The Glastonbury Festival featured some of the biggest names in music on stage: Ed Sheeran, Katy Perry, the Foo Fighters. Off-stage, the festival attracted a slew of celebrity attendees, but — in true England fashion — most festivalgoers sported rain gear.

The 24-year-old was not the only one to wear Hunter’s rainproof gear. Australian actress Margot Robbie hung out with Delevingne dressed in sparkly leggings with the brand’s Original Tour Boots, finishing off her look with a multicolored wig. Model Suki Waterhouse wore the same shoes as Robbie, staying cozy in an oversized striped sweater.

Delevingne’s older sister Poppy stepped out in another brand’s rainboots: Sorel. She wore the Joan Rain Wedge Tall while out and about with Sienna Miller, who also sported Sorels, donning some classic duck boots.

While fair weather didn’t quite hold up for this year’s festival, waterproof shoes have become increasingly fashionable in recent years — and stylish rainboots are the perfect companion to casual festival style.

See the Celebrity Style on the 2017 BET Awards Red Carpet