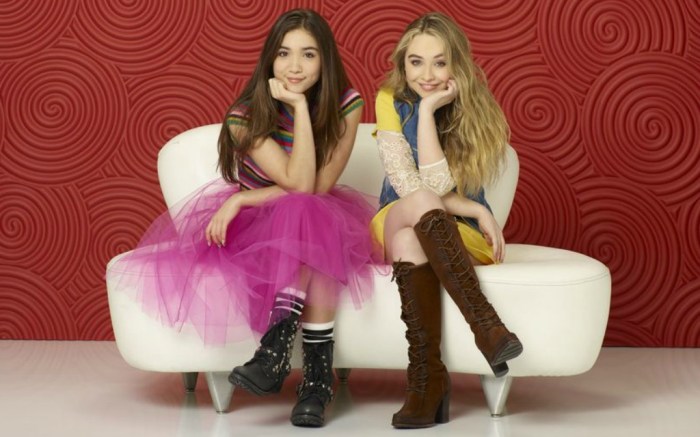 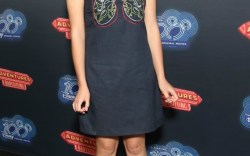 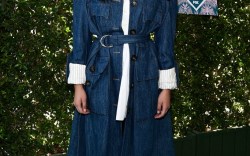 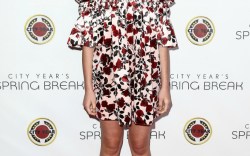 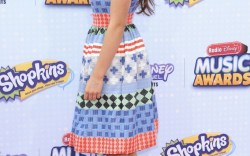 “Girl Meets World” fans were no doubt crushed to learn the news last week that the Disney Channel series would be canceled after three seasons. The final episode is scheduled to air on Jan. 20.

On the bright side, it will be interesting to see what exciting new opportunities follow for the show’s talented young stars, Rowan Blanchard and Sabrina Carpenter. Blanchard is filming “A Wrinkle in Time” alongside an A-list cast that includes Reese Witherspoon, Chris Pine and Mindy Kaling.

Carpenter just wrapped up the North American leg of her sold-out EVOLution Tour, and she continues to voice the character of Melissa for the Disney XD animated series “Milo Murphy’s Law.”

As fans prepare to savor the last episode of “Girl Meets World,” we thought we’d look back at some of the teen stars’ standout footwear statements.

Clearly a big fan of Miu Miu, she’s been spotted all over in the Italian label, including at the 2016 Teen Choice Awards, where she wore a pair of pink satin pointy-toe pumps embellished with pearls. At the June 2016 “Adventures in Babysitting” premiere, Blanchard rocked an adorable pair of Miu Miu bird-print sandals with a wooden platform heel.

Her co-star, meanwhile, loves to mix it up, wearing everything from simple pumps to vampy lace-up booties.

Stepping out at the 2015 Creative Arts Emmy Awards, the 17-year-old’s sheer black dress gave a subtle glimpse of her BCBGeneration strappy heels beneath.

Carpenter turned up the shine at the “Adventures in Babysitting” premiere, wearing a shimmery gold Prada dress and Miu Miu sandals with Swarovski crystal-studded heels.

To see more of the fashionable Disney duo’s footwear looks, click through the gallery here.