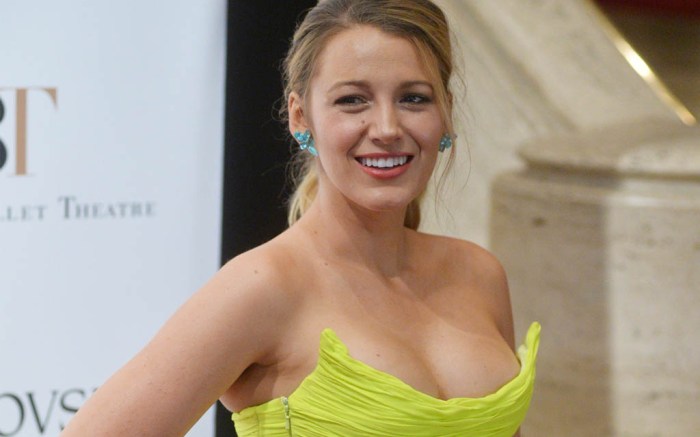 While shoes are an afterthought for some celebrities, Blake Lively often makes her footwear the focal point of her looks, both on and off the red carpet.

The actress is a big fan of Christian Louboutin — she has cultivated a strong relationship with the designer — and often steps out in the label’s iconic red-soled shoes. Although Louboutin offers numerous neutral styles, Lively usually selects more daring options for standout looks. She’s worn a variety of Louboutin pumps and booties with sparkles and nude cutouts, a foot-flattering choice for the 5-foot-10 star.

Lively’s personal sense of style is distinct, and it borrows elements of California coastal cool and New York City sleek — a byproduct of being raised on the West Coast and then playing Upper East Sider Serena van der Woodsen for six seasons on “Gossip Girl.”

These dueling forces play out in her shoe closet.

Although Lively has made many bold shoe choices over the years, she may have taken the biggest risk in 2014 when she wore a shoe that only she could pull off: an otherworldly iridescent heel with an asymmetrical shape.