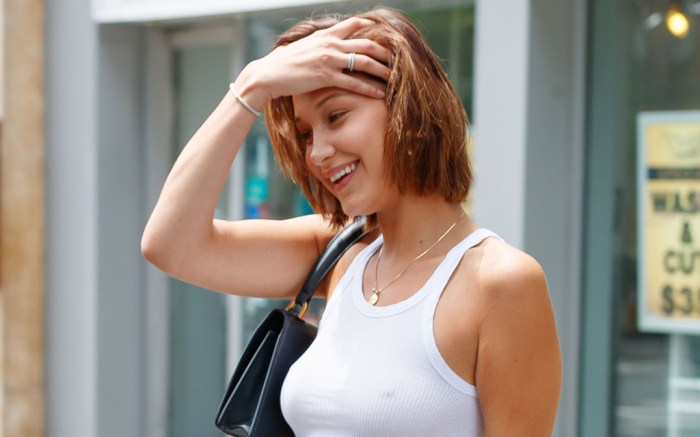 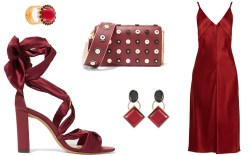 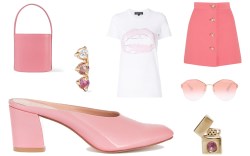 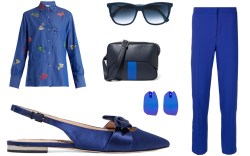 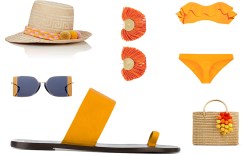 Bella Hadid debuted a new look in New York today, sporting an auburn bob instead of the chocolate-colored lob she has been rocking lately.

The 20-year-old showed off her fresh cut in a sleek all-white outfit. She wore a semi-sheer white tank top, giving her own take on the braless trend that has been popular among celebrities this summer, with a pair of ripped white jeans. Hadid finished off her look with white snakeskin booties, hitting yet another summer trend: white boots.

This may be the first time Hadid’s been spotted with this hairstyle, but she’s no stranger to rocking white-on-white: During a June trip to Paris to promote the Nike Cortez sneaker, where she also attended the French open, Hadid put a unique spin on tennis whites, wearing head-to-toe Nike for an athletic look.

Hadid has spent the last couple of weeks trekking across Europe, attending a Bulgari event in Venice, Italy, walking the runway at the Paris Haute Couture shows and taking a relaxing vacation with Kendall Jenner, which took the models first to London and then to Mykonos, Greece.

But Hadid, who calls New York home, looks happy to be back after her time spent away — and she’s transitioning from the runways of Paris to the New York streets in style.