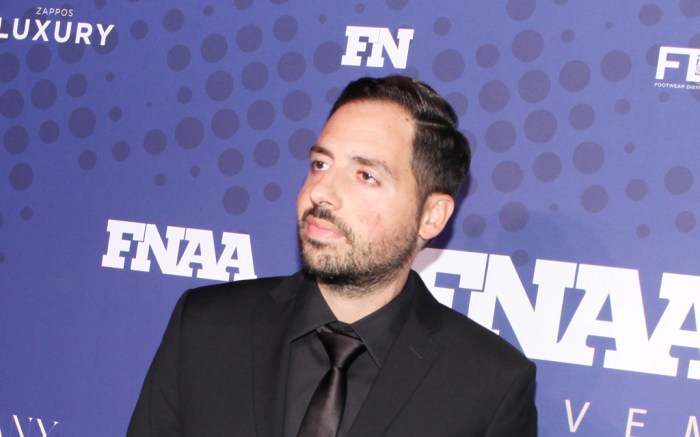 Ronnie Fieg is no stranger to the FNAA stage. In 2016, the designer and Kith visionary took home the Retailer of the Year award. And this year, he’s been named the Collaborator of the Year.

And for someone approaching legend status in the industry, it’s only appropriate for a legend to introduce him: Tommy Hilfiger.

The apparel icon started his speech by calling Fieg “a true visionary.”

And when Fieg approached the microphone, he didn’t hold back his assignment. “Holy s**t” were the first two words the award recipient uttered.

“If I was to tell my 15-year-old self that Tommy Hilfiger will be handing me an award for a publication that I’ve been reading half my life to receive Collaborator of the Year award, I would probably smack myself, I wouldn’t believe it,” Fieg stated.

In front of his wife, parents, sister and some of the footwear industry’s biggest names. Fieg proclaimed winning the award was “one of the biggest moments of my life.”

Fieg delivered some of the year’s hottest collabs, including deliveries with Adidas and Nike that didn’t last on Kith shelves very long.

Click here to see photos from the red carpet at the 2017 FNAAs.