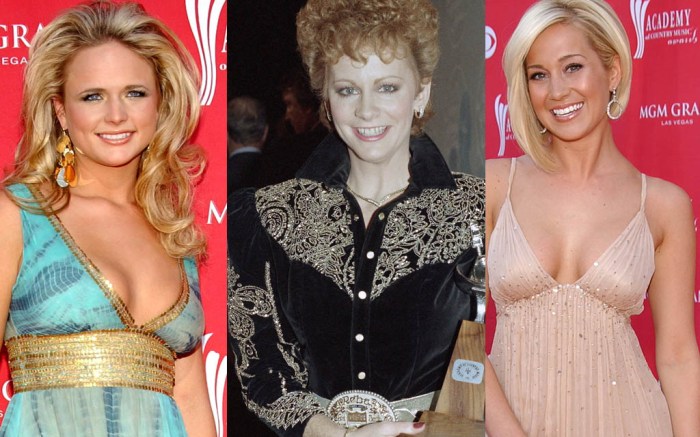 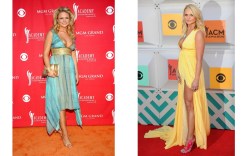 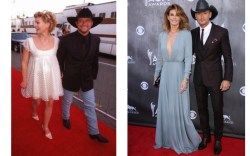 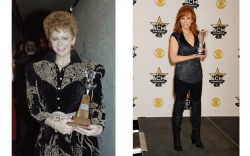 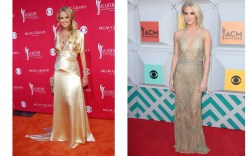 It’s never not fun to take a look back at celebrities and their sense of style when they were just starting out. We’ve watched country stars like Carrie Underwood and Miranda Lambert grow and evolve into the super successful artists they are today.

Both entertainers are up for Female Vocalist of the Year at the ACM Awards (Academy of Country Music) tonight, airing live from Las Vegas at 8 p.m. ET. on CBS.

Back in 2006, Carrie Underwood attended the award show for the first time, where she donned a shiny golden gown with flowing hair. Just last year, she wore another gold dress, this time looking a little less tan, with a shorter, more sophisticated ‘do for the occasion.

The hitmaker, who will perform “The Fighter” with Keith Urban during the show, has a penchant for ladylike floor-length gowns and classic palettes.

Meanwhile Miranda Lambert makes a completely different style statement. Though her look has changed since her first ACM Awards appearance in 2006, some things have clearly stayed the same. Lambert seems to still be a fan of bold colors (especially turquoise) and flirty dresses with plunging necklines teamed with sexy sandals.

Faith Hill and Tim McGraw, who are set to perform their hit single “Speak to a Girl” tonight at the awards have made an attractive couple since the start. While their 2014 ACM Awards look is a little more sleek and upgraded, not so much has changed since their 1995 appearance. McGraw traded in his jeans for a suit, but still rocks boots, and Hill went for a gown instead of a babydoll dress with square-toe shoes.

For more red carpet style transformations at the ACM, check out the gallery.